NCDC confirms one dead as Nigeria records 21 cases of monkeypox 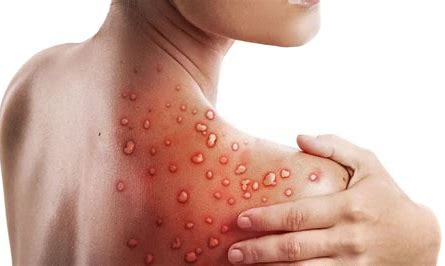 A 40-year-old has died of monkeypox in Nigeria, the Centre for Disease Control (NCDC) announced Sunday night.

The NCDC said the fatality resulted from 21 confirmed cases of the disease in the country.

Nine out of Nigeria’s 36 states and the Federal Capital Territory have recorded cases of the viral disease.

MONKEYPOX: 10 things you need to know

According to the World Health Organization (WHO), monkeypox is a zoonosis: a disease transmitted from animals to humans. Cases are often found close to tropical rainforests where there are animals that carry the virus. Evidence of monkeypox virus infection has been found in animals, including squirrels, Gambian poached rats, dormice, different species of monkeys and others.

Symptoms of monkeypox include sudden fever, headache, body pain, weakness, sore throat, enlargement of glands (lymph nodes) in the neck and under the jaw, followed by the appearance of a rash (often solid or fluid-filled at the onset) on the face, palms, soles of the feet, genitals and other parts of the body.

The NCDC said the patient who died of the virus had an underlying co-morbidity and was on immunosuppressive medications, adding that genomic surveillance was ongoing at NCDC’s National Reference Laboratory in Abuja.

The Centre confirmed that the West African clade monkeypox virus was responsible for all the cases.

The Centre noted that it had, on May 26, activated a national multisectoral Emergency Operations Centre for monkeypox (MPX-EOC) at level 2 to strengthen and coordinate response activities in-country while contributing to the global response. It said the measure was based on a preliminary risk assessment report done by a group of Subject Matter Experts from the NCDC, relevant government ministries, departments, agencies, and partners.

“Although Nigeria’s risk of exposure to the monkeypox virus is high, based on the recent risk assessment conducted at NCDC.

“The current situation in-country and globally has shown no significant threat to life or the community that can result in severe disease or high case fatality rate.

“The EOC will continue to monitor the evolving situation to inform public health action accordingly.”

Though monkeypox has been a disease common in West Africa, it has spread to European countries and the US this year.

As of Thursday, the WHO had received 257 confirmed disease cases of the disease.

There were also nearly 120 suspected cases in 23 countries where the virus had not been endemic.

Marcus bears the light, and he beams it everywhere. He's a good governance and decent society advocate. He's the ICIR Reporter of the Year 2022. Contact him via email @ [email protected]

THE  Kaduna State Christian Association of Nigeria (CAN) has demanded the probe of banks...
Advertisement