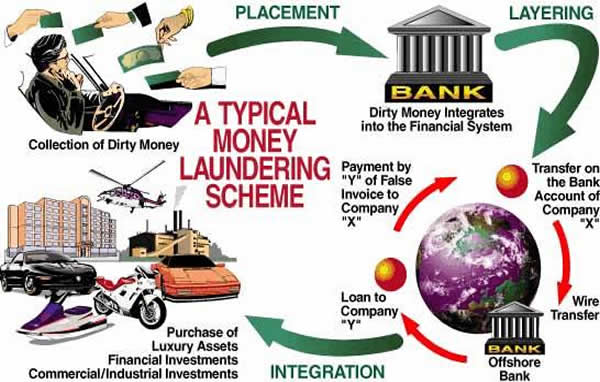 The Presidential Committee on Financial Action Task Force, FATF, says Nigeria may be suspended from the international anti-money laundering body, if it fails to enact a legal framework by June 1.

Chairman of the committee, Stephen Oronsaye, said this on Monday in Abuja at a retreat of the National Assembly joint committees on Drugs, Narcotics, and Financial Crimes.

FATF is the international body that sets standards for member-countries to follow in the fight against money laundering, terrorism and proliferation of weapons of mass destruction.

Oronsaye said that since November 2013, Nigeria had been disconnected from the secured web of the Egmont group of Financial Intelligence Units (FIUs) due to lack of autonomy for the country’s financial intelligence unit.

“What this means is that Nigeria can neither receive nor share financial intelligence with other 139 member-countries of the Egmont Group on money laundering, terrorism, and proliferation of weapons of mass destruction,” he said.

The chairman said this, happening at a time when Nigeria is in need of information, considering the challenge of terrorism, is very worrisome.

“We are very concerned that if the legal framework is not in place by June 1, this year, reason being that the Egmont Group plenary holds June 1 to June 6, our FIU stands the risk of  being suspended from the league of Egmont Group and that really would be disastrous,” he added.

Oronsaye noted that the delay in the passage of the bill for establishment of a Nigerian Financial Intelligence Centre, NFIC, and other related bills would not allow Nigeria’s application for membership of the FATF to be considered.

Some of the other related bills pending in the National Assembly include the Proceeds of Crime Bill, Mutual Legal Assistance Bill, Assets Recovery Bill, and Whistle Blowers Protection Bill.

The committee chairman appealed to the National Assembly to expedite action on the bills to strengthen Nigeria’s contribution to the global fight against money laundering.

Oronsaye also announced that the executive arm of government would submit a harmonised Terrorism Prevention Bill to the National Assembly soon for urgent consideration.

Confession of Yahoo Plus boys