Uncategorized
By Paul Owolabi On May 1, 2020 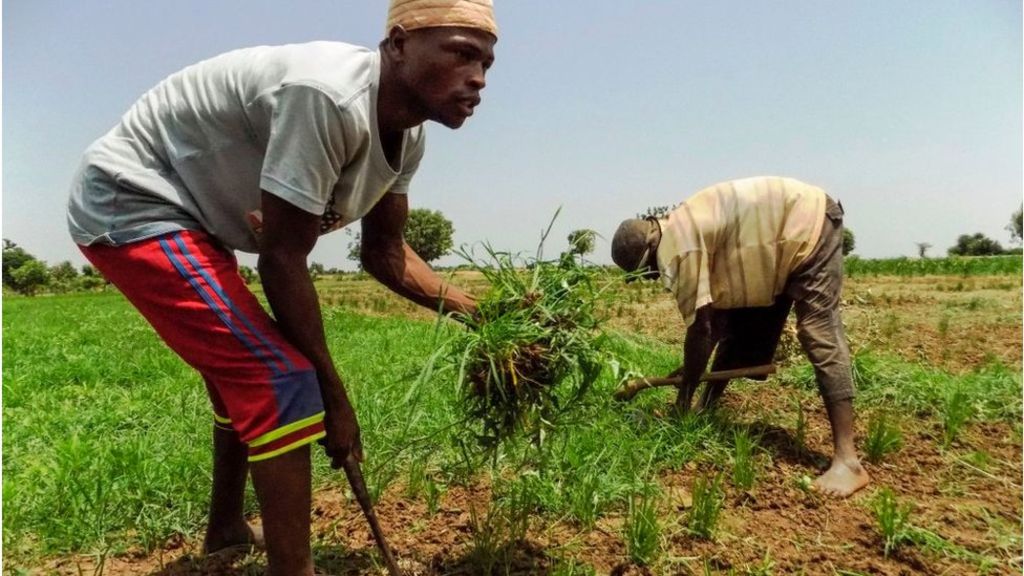 By this measure, their populations have gotten a lot poorer since then, the IMF report revealed.

In economics, GDP measures the total quality of goods and services produced and sold in an economy.

Current figures show that Nigeria and South Africa expected at –3.4 per cent and –5.8 per cent respectively, following the dramatic decline in oil prices since the beginning of the year, near-term prospects for oil-exporting countries have deteriorated significantly. 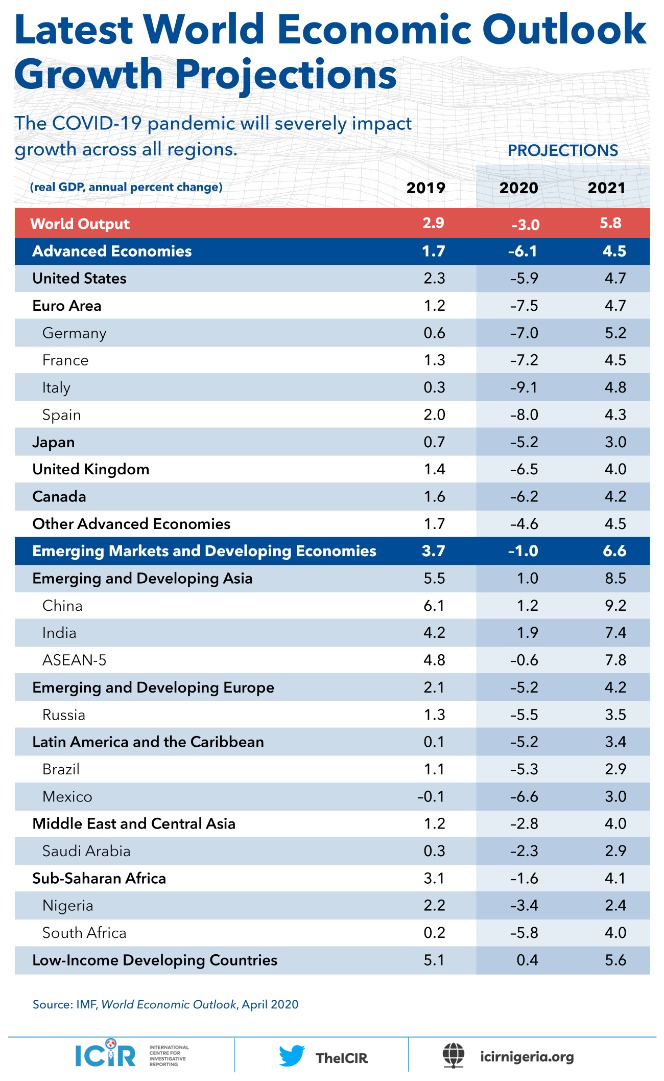 According to the World Bank, the oil price collapse in 2014-2016, combined with negative production shocks, Nigeria’s GDP growth rate dropped to 2.7 per cent in 2015.

Domestic demand remains constrained by stagnating private consumption in the context of high inflation 11 per cent in the first half of 2019.

On the production side, growth in 2019 was primarily driven by services, particularly telecoms.

Agricultural growth remains below potential due to continued insurgency in the Northeast and ongoing farmer-herdsmen conflicts.

Albert Adeniji an economist at Wellworth Investments who spoke to The ICIR said: “Since GDP focuses on total production rather than actual distribution of output, it does not capture the effects of inequality and this inequality is where both big economies are affected, not significant to the world but its a menace, an example is bad leadership.”

Emmanuel Azubuike a financial analyst at Cornerstone Investments said, “Even smaller economies are growing annually, but Nigeria and South Africa need to really sit back and work on how their economy would grow and improve citizen’s lives, xenophobia and insurgency is a barrier for productivity for this big nations.”

The year-on-year change in GDP was -0.6 per cent, seven-tenths of one per cent less than the 0.1 per cent recorded in the third quarter of 2019.

The GDP figure in the fourth quarter of 2019 was $71,005 million, South Africa is number 29 in the ranking of quarterly GDP of the 50 countries published.

COVID-19: MDAs that flout the guidelines for the management of the funds would be…

Investments drops by $7.89billion in Q1 2020, compared to corresponding period in…