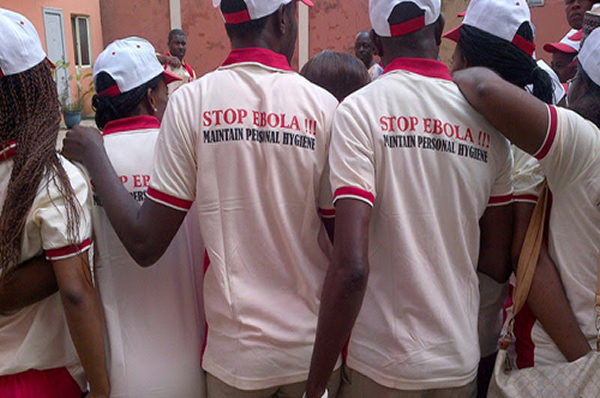 The director, Nigeria Center for Disease Control, Abdulsalami Nasidi, has urged the medical team deployed to help combat the Ebola Virus Disease, EVD, in West Africa, to remain courageous and adhere strictly to the safety protocols required to fight the infection.

Speaking on Wednesday at the concluding part of the three-day training for 504 health personnel in Lagos, Nasidi said they had proven while in Nigeria that it is possible to fight the disease safely and urged them to maintain the same spirit.

“We are proud of them and we are looking forward to them making a difference in the fight against EVD,” he said.

“All these have worked when the disease was in Nigeria and none of them got infected except the ones who did not know (doctors from First Consultant).”

“They have been able to show that safety is possible, and that is why we are sending them. They have been well trained and are highly skilled.”

The dispatch of medical team is a response of the federal government to the appeal made by the chairperson of the African Union Commission, Nkosazana Dlamini Zuma, in October for member states to contribute health personnel to join the fight against Ebola.

Thus the Nigerian government had drawn a total of 504 health personnel comprising doctors, nurses and paramedical staff, across the country.

According to Nasidi, the first batch of 250, takes off today for three worst ebola-hit countries – Liberia, Sierra Leone and Guinea – while the second batch of 254 will leave in a week.

Nasidi said the government is fully responsible for catering for the volunteers as they are entitled to life coverage insurance, health disability as well as injuries insurance.

“We have made arrangement for their insurance in case of any eventuality. They have a lot of allowances apart from their basic scale. It is graduated allowances, he said.

Speaking on behalf of the Permanent Secretary of the Ministry of Health, he assured that all the volunteers will be paid their allowances in US dollars.

Given the risk of EVD, which has infected more than 400 health care workers and killed more than 200 of them since the onset of the epidemic, putting their lives on the frontline of the fight is considered a great act of courage.

However, Nasidi said the step is necessary as Nigeria has to take the lead in the fight having successfully contained the virus.

“Nigeria has to take the lead in joining forces to fight EVD. We are not giant of Africa for nothing. Since we have been able to contain it in our country, we want to share our experiences with these countries in dire need as well,” he observed.

He added that the isolation centres in Nigeria will be kept active as part of preparation for any eventuality.

Similarly, the Lagos State Commissioner for Health, Jide Idris, praised the contingent for their courage and urged them to adhere strictly to Ebola treatment protocol while doing their work.

“That is the only way to reduce spread of the Ebola Virus Zaire strain that is affecting West African countries,” he stated.

In a related development, the Commonwealth Medical Association, CMA, West African Region, has called on the federal government to ensure a comprehensive life insurance for the volunteers.

The vice-president of the CMA, Osahon Enabulele, said these and other appropriate conditions usually provided for international volunteers will help to inspire and motivate current and future volunteers to join in the global effort.

So far the AU has deployed 85 health workers and it has said that other AU member states are responding well.

The World Health Organisation (WHO) reports that the current number of EVD infections in West Africa has risen above 16,000, with the death toll reaching almost 7,000.