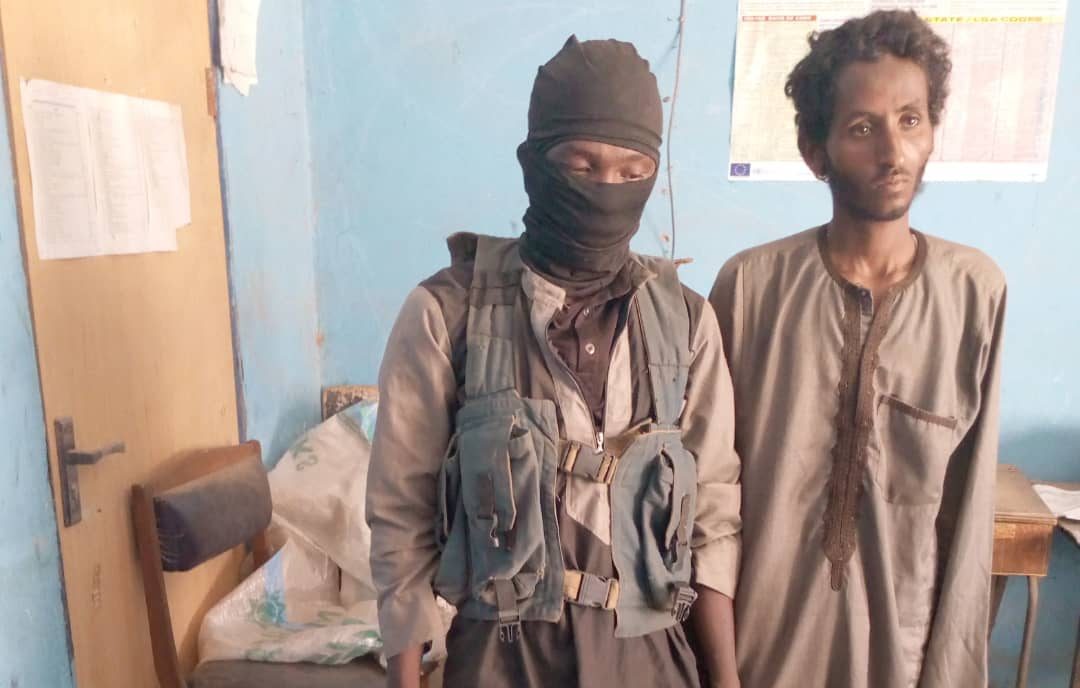 THE Nigerian Defence Headquarters on Tuesday say two foreigners who were among bandits terrorising Kasuwan Ango Community in Mariga Local Government Area of Niger State have been arrested.

A statement issued by the Defence Headquarters stated that strikes executed by the Air Component of Operation GAMA AIKI at Kasuwan Ango Community resulted in the disruption of the activities of a group of armed bandits operating in the area.

This exercise led to the arrest of the two foreigners, the statement said.

The Defence Headquarters disclosed that the successful air operations were conducted on the night of June 28 and early hours of June 29 following credible intelligence reports indicating that some armed bandits in black attire were seen on the move with a large number of rustled cattle in the area.

“Accordingly, the Air Component dispatched a helicopter gunship to engage the bandits in multiple waves of attack leading to the neutralization of some of the bandits, while a few escaped with gunshot wounds,” it said.

The statement revealed that two of the foreigners attempted to escape were later apprehended.

According to PR Nigeria, some bandits had launched an attack on villages in Kagara axis with the intent to rustle domestic animals and also maim innocent lives of residents which led to air strikes by Nigerian Airforce.

“The NAF attack aircraft deployed for combat operation hotly chased the bandits and succeeded in neutralizing some of the criminals, during an aggressive air onslaught,” the newspaper had reported.

“During the clearance operation, men of the Nigerian police were able to arrest the two foreign collaborators while they were fleeing with some of the injured bandits.

The corpses of some of the killed bandits during the air and ground operation currently litter the area of the attacks.”

It further stated that the arrested  foreigners are currently been profiled by security operatives to identify their nationality.