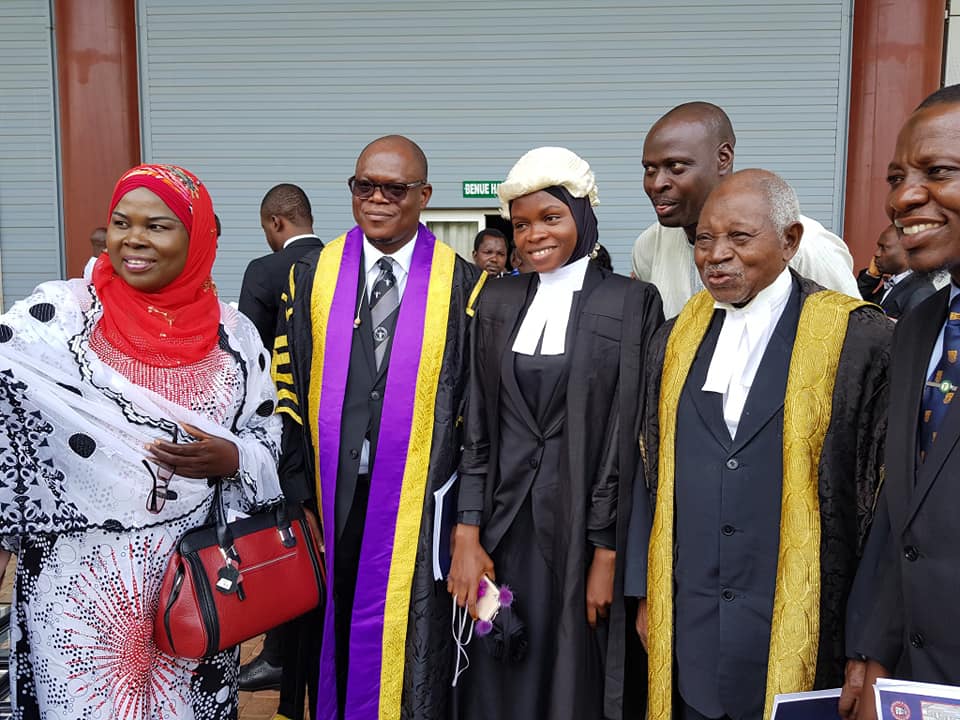 FOLLOWING the call to bar of Amasa Firdaus, law school graduate who was denied access to the event in December, Nigerians have taken to the social media to express their satisfaction with the outcome of the controversy.

Firdaus, a graduate of the University of Ilorin, was on Tuesday finally allowed to participate in the call to bar ceremony, which allows graduates of law to practice in the industry.

This comes seven months after she insisted, against what was the tradition, on wearing  hijab during the ceremony―an action that triggered intense debate on social media, with many demanding #JusticeForFirdaus.

Pictures of her call to bar have gone viral, with numerous Nigerians heaping praises on her and giving thanks for her ultimate victory.

Joe Abah, Country Director of Development Associates International (DAI), who in December said Firdaus should have been called to bar with her hijab, congratulated her in a recent tweet.

“Congratulations to Amasa Firdaus who has now been called to the Nigerian Bar with her hijab,” Abah said.

“I am proud to have stood on the side of honour in her case. I am proud that I don’t bay with the mob or run with the herd. The truth will always prevail.”

Bashir Ahmad, Personal Assistant to President Buhari on New Media, has also tweeted to congratulate Firdaus, calling the victory “one of the many good advantages of social media”.

Similarly, Ahmed Adetola Kazeem, Executive Director of Prisoners Rights Advocacy Initiative (PRAI), thanked “all men of goodwill from other faiths” and the parents of Firdaus for supporting the cause since it started.

Here are some of the tweets:

Congratulations BARRISTER Amasa Firdaus who was called to bar today with her Hijab. That didn’t come so easy, her victory is one of the many good advantages of Social Media. She fought not only for herself but for the generation to come. History will surely be kind to her. pic.twitter.com/GzFTGvm4eh

Congratulations to Amasa Firdaus who has now been called to the Nigerian Bar with her hijab. I am proud to have stood on the side of honour in her case. I am proud that I don’t bay with the mob or run with the herd. The truth will always prevail. https://t.co/dRcgr3UPqm

We must also thank all men of goodwill from other faiths who supported the cause.
To those who were 'very sure' that we would never witness this day and antagonized us in every way possible, we thank you for making the victory even more appreciated.

Congratulations to Amasa Firdaus on your call to Bar. I was one of those that blasted her rebellion last December but now that the Body of Chambers has approved the use of hijab there's a lesson to learn. We must challenge status quo passed down to us by the oyibos. She's a hero

Firdaus Amasa fought for what she believed in! Believe in yourself against all odds! Her predicament is indeed a lesson to all…. Thank you Firdaus and God bless you! https://t.co/d772l6MXQj

Very Big Congratulations to Amasa Firdaus who has been called to Bar today. I'm so happy.

This is a Huge Victory in the face of Injustice. She is an example that the status quo could be change and you can fight an WIN. pic.twitter.com/QahSdSG4FV

If you like wear your hijab 🧕🏼 if you don’t go as you wish 🙎🏽‍♀️ Amasa Firdaus has done her part by fighting for the future generations. She’s a heroine ❤️ pic.twitter.com/gNwTNEfcYt

REPORT: Nigeria’s polio survivors not out of the woods yet, but the system hardly…

No ID card, no treatment: How Unilorin clinic endangers student lives with rigid…

Wigs without welfare: Lawyers in Nigeria earn below minimum wage, and it isn’t…

Wigs without welfare: Lawyers in Nigeria earn below minimum…

EXTRA: ‘Nigeria is a destiny…