NIGERIANS have released pictures of deplorable conditions of roads across the country, challenging Minister of Works, Babatunde Fashola to come for trips on the roads nationwide.

Twitter users many of whom uploaded pictures of federal roads were reacting to comments by Fashola on Wednesday after the Federal Executive Council (FEC) meeting in Abuja where he said Nigerian roads were not as bad as they were often portrayed by the people.

The minister said that he was making himself open to any invitation on the state of roads, adding that the roads were not as bad as they portrayed them.

But in over 13,000 tweets as of Friday afternoon, angry Nigerians on Twitter have been tweeting about bad roads in the country and why they think the minister should take a road trip around the country.

He challenged the Works Minister on an all-expense-paid road trip around Nigeria to confirm the authenticity of his claim that the roads were not as bad as they were painted.

To support Shield’s challenge, another Tweeter user, Nicholas C.I @nickkyluv, released a flooded Umuahia- Ikot Ekpene Uyo road in Abia State which he said is a Federal Government road. The pictures show how vehicles including trucks swim through the flooded road.

In support of the road trip challenge, another user started an online pool stating whether Fashola should take the road trip or not.

Should the honorable Minister of Works take the Challenge?#FasholaTakeTheRoadChallenge

Another Twitter Port Harcourt People @AskPHPeople posted that a Nkpolu section of East West Road (Federal Road) has been unmotorable for over two years that lives have been lost through protests, NDDC & Niger Delta Ministry have made promises, yet, nothing has been done. 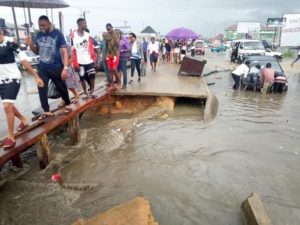 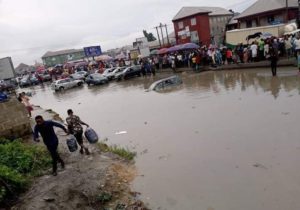