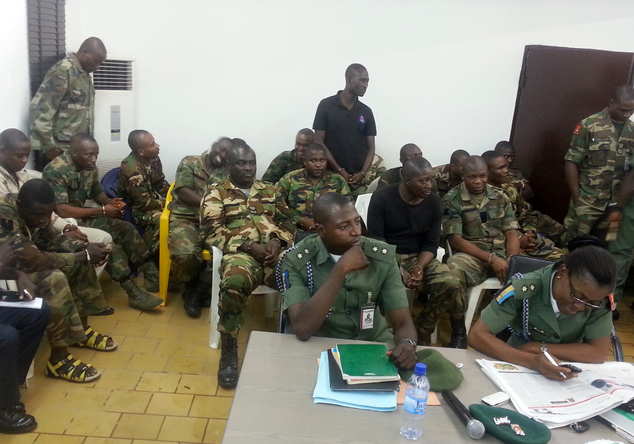 The twelve soldiers facing death sentence in Nigeria, may have their sentence reviewed if the military authorities in the country heed the appeal of workers union, the Nigeria Labour Congress, NLC.

The NLC on Tuesday appealed to the authorities that the death sentence be commuted to life imprisonment, saying that the security situation in the country calls for caution.

Addressing newsmen in Abuja, the union said that executing the soldiers would not achieve the discipline the military was hoping for.

Deputy President of the NLC, Promise Adewusi, who spoke on behalf of the organization, appealed to the authorities to temper justice with mercy and commute the death sentence to life imprisonment so as to boost the morale of other soldiers fighting insurgents in the country’s North east.

A court martial of the Nigerian Army had last Monday, passed the death sentence on the soldiers having found them guilty of mutiny,after they fired shots at their commanding officer on May 14, this year.

“We note the fact that the military is a command and control institution that thrives on firm discipline; The punishment for mutiny on the conviction as spelt out in section 52 of the Armed Forces Act, is…to suffer death: The Nigerian army is at war; the trail procedure may have been legally correct; We nevertheless find the conviction harsh, insensitive and unacceptable,” Adewusi said.

The union also called on all Nigerians to support the Army in the present struggle to end the insurgency and protect the territorial integrity of the nation.