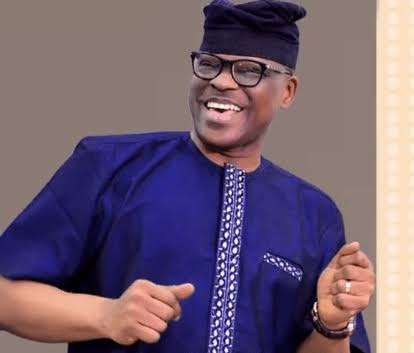 EYITAYO Jegede, candidate of the People’s Democratic Party (PDP) in the 2020 Ondo Elections has approached the State Electoral Tribunal faulting the re-emergence of Rotimi Akeredolu as the governor of the state.

According to a report, Jegede is seeking redress in the victory of the candidate of the All Progressives Congress (APC) on four grounds.

Some of the grounds on which the application was sort include allegations that the voting was trailed by ‘pocket of violence’ and irregularities.

The PDP candidate also alleged irregularities in the emergence of Akeredolu as the candidate of the APC during the party primary election held on July 20, 2020.

Jegede joined the Independent National Electoral Commission (INEC), APC as well as the deputy governor-elect, Lucky Aiyedatiwa, in the petition.

Akeredolu had won the October 10 election defeating Jegede of the PDP and his former deputy, Agboola Ajayi.

INEC announced on Sunday, October 11, that Akeredolu returned as governor against his closest rival, Eyitayo Jegede of the PDP.

The results as declared states that Akeredolu gathered 292,830 votes against Jegede’s 195,791, representing nearly 20 per cent lead while Ajayi of the Zenith Labour Party, ZLP was able to poll 69,178 votes in the election.