Over One Million People Displaced In North East – NEMA 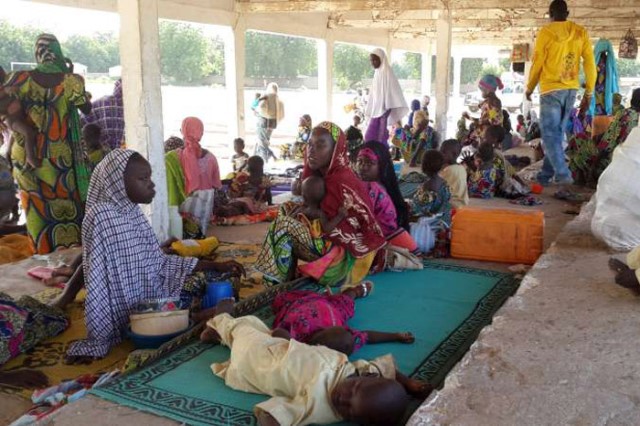 At least 1,385,298 people are believed to have been displaced by the Boko Haram insurgency and communal clashes in the six North eastern states of Borno, Yobe, Adamawa, Gombe, Bauchi, and Taraba, the National Emergency Management Agency, NEMA, has said.

NEMA said the June 2015 Displacement Tracking Matrix, DTM, statistics, released in conjunction with the International Organisation for Migration, shows that Borno State has the highest number of displaced persons with 1,002,688, while Yobe has 125,484. The data also shows that Adamawa has 113,437 displaced persons, Bauchi 76,504, Gombe 16,984 and Taraba 20,501.

According to a statement released by NEMA’s spokesperson, Sani Datti, there is a reduction in the number of displaced persons, particularly in Adamawa state, as a result of people returning to their homes.

However, that is not the case in Borno state, where the insurgency is proving more difficult to handle. There has been an increase in the number of people displaced there since April 2015.

According to the statement: “Ninety-two per cent of IDPs live with host communities while 8% live in camps or camp-like sites. The survey further shows that 52% of the IDP populations are females and 48% are males. Children of less than 18 constitute 56% of the IDP population and more than half of them are 5 years old or younger.”

The report, Datti said, indicated that insurgency is responsible for 95 per cent of displaced persons while communal clashes caused the other five per cent.

The NEMA spokesman said a survey of IDPs showed that while majority received relief items, either food or non-food, others said they had never benefitted from the distribution.

The DTM, funded by the United States Agency for International Development, USAID, and the European Commission’s Humanitarian Aid and Civil Protection Department, is intended to aid the Nigerian government in getting a comprehensive database of displaced persons in the country, with regards to provision of relief items.