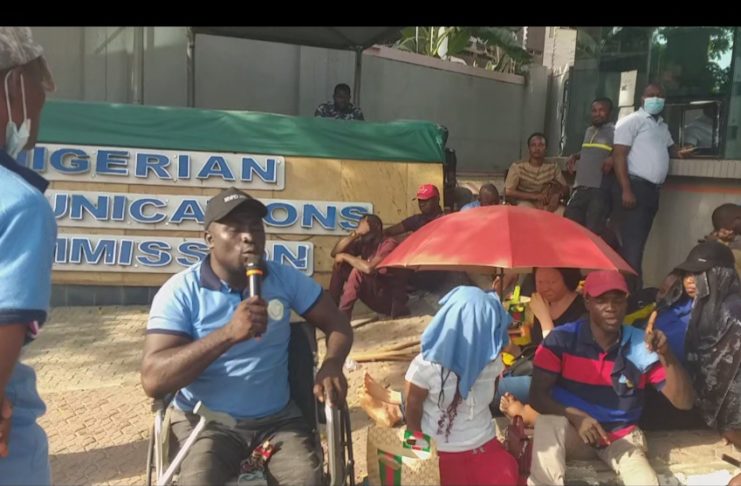 MEMBERS of the Association of Applicants and Workers with Disabilities in Nigeria Wednesday picketed the headquarters of the Nigerian Communication Commission, NCC Abuja in protest against employment discrimination.

The group accused NCC of breaking a promise to offer jobs to two of its members.

The association president, Godstime Onyegbulam said the commission promised to employ two of their members but gave job only to one applicant.

He described the action of the NCC leadership as dishonest.

How Okada riders cause disability, promote crime in Lagos

Buhari approves creation of databank for people living with disabilities, IDPs and others

Discrimination Against Persons With Disabilities (Prohibition) Act, 2018  allocated 5 per cent employment opportunities to PLWDs in every establishment.

Section 29 of the act states that “All employers of labour in public organisations, shall as much as possible, have persons with disabilities constituting at least 5 per cent of their employment”.

In response, the Director of Public Affairs, NCC, Dr. Ikechukwu Adinde told The ICIR the NCC already has employed the candidate among PLWD qualified for the available job.

He said the second candidate did not qualify and therefore could not be employed.

But Onyegbulam said the claim of the NCC spokesperson is false.

“The candidate that was rejected has a BSc degree in Physics and Electronics.

Ikechukwu should come out and tell us which candidate was not qualified for the job.”

The ICIR is yet to verify the claim by each parties.