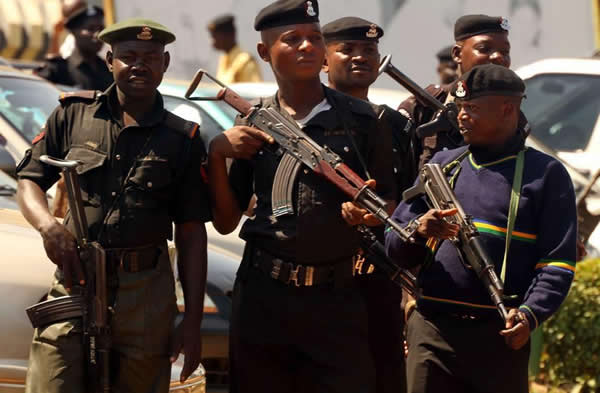 A prophetess simply identified as Deborah has been arrested by the Police in Asaba, Delta State for allegedly sending text messages to one Caroline Nnakwe, threatening her to part with the sum of N1.5 million or risk being kidnapped.

Acting public relations officer of the Delta State police command, Charles Muka, a deputy superintendent of Police, confirmed the report, saying that Nnakwe reported to the police that she received the threat messages from the suspect.

He, however, did not give further details about the suspect as the matter is still under investigation, but he said that the prophetess, along with one Nkem Onyia, owner of the GSM line used in sending the threat messages, were arrested in Asaba.

In a related development, Muka informed journalists that three suspected kidnappers were arrested on Tuesday while attempting to kidnap one Idah Moses along Nnebisi Road in Asaba.

He said the Toyota Camry vehicle with registration number RSH 173 HY which they used for the operation has been impounded and that investigation is still ongoing.

According to him, upon receiving information of the attempted kidnap, detectives went in search of the said Toyota Camry and sighted it on Monday at about 1pm along West End by Zenith Bank, Asaba, while the occupants were trying to steal a car parked within the bank premises.

Muka said the operation team swooped on them and arrested one Frank Adigwe from Ibusa, Moses Eke from Kwale and Lucky Ochongor from Obiaruku.