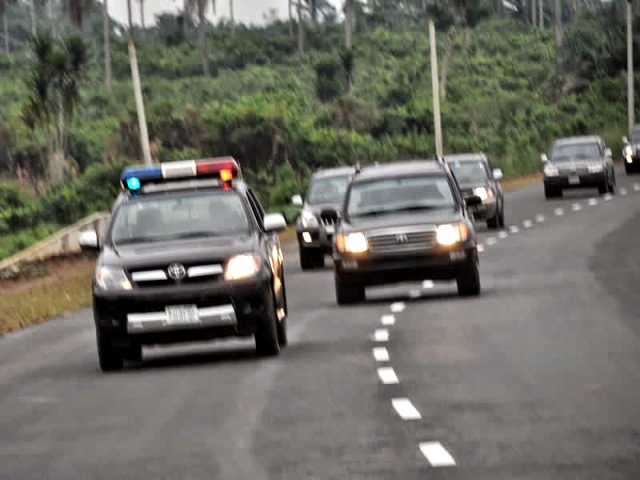 The Force Public Relations Officer (FPRO), Frank Mba disclosed this in a statement in Abuja.

“To this end, all vehicles found to have Spy number plates not duly issued, using sirens, or revolving lights without permit or having covered number plates will be promptly impounded.

“These practices are illegal and pose monumental security risks to the nation and its people,” Adam said.

Adamu’s directives to seize vehicles illegally using sirens, revolving light etcetera comes three years after The ICIR report gave an exposé on the illegal use of siren by some unauthorised Nigerians in the country.

However, The ICIR had revealed that many public officials continue to use sirens illegally because even the agencies that should enforce the law regulating its use, are confused.

This newspaper also noted that the police and Federal Road Safety Commission (FRSC), do not even know of the existence of any law regulating the use of sirens, flashers and beacon lights. So, they formulate their own regulations, which run afoul of the law.

The ICIR noted that on a daily basis, on Nigerian roads, in many major cities, ordinary citizens face threats of harassment, intimidation, vandalism, brutality and even death in the hands of supposed public servants and other prominent Nigerians whose egos walk on wheels.

Apparently, this is not the first time directives at the behest of security heads are issued on confiscating vehicles using unauthorised sirens. Past IGs of police like Hafiz Ringim, in 2011 and Solomon Arase, in 2015 had also insisted on a clampdown of such activities.

Yet, the Public Relations Officer, Federal Road Safety Corps (FRSC), Jimoh Moshood told The ICIR three years ago — Only the IGP had the power to authorised individuals on the use of sirens and theirs was to enforce the regulation.

So, in the new order, IGP Adamu had ordered the Commissioners of Police to ensure diligent prosecution of the offenders.

He also pledged the commitment of the police to sustain the existing partnership between the police and the FRSC in the areas of operations, training, intelligence sharing and prosecution of offenders.

Chat us on WhatsApp
Advertisement
Previous article
Despite Africa’s growth at 3.4% in 2019, AfDB boss says ‘No one eats GDP’
Next article
‘Police are for internal security’, Gbaja demands reason to sack service chiefs