President Jonathan Heads To Chad For Talks On Terrorism 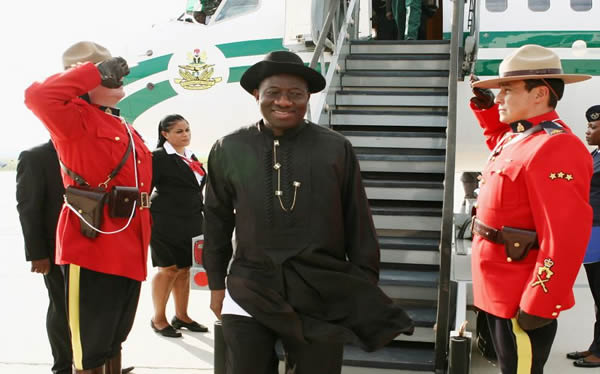 President Goodluck Jonathan leaves Abuja, the Nigerian capital Monday for Ndjamena in Chad for talks on cooperation against terrorism with the country’s President, Idriss Deby.

The discussion will further the actualization of agreements for greater cooperation against insurgents and terrorists reached by Nigeria, Chad, Niger and Cameroon at a meeting in Paris earlier this year.

Their talks are expected to lead to the strengthening of the Paris Accord on joint border patrols, intelligence sharing and the prevention of the illicit movement of terrorists, criminals, arms and ammunition across shared borders.

Why we are rehabilitating, releasing ex-Boko Haram fighters…

Buhari to Akufo-Addo: We shut our borders to check small…

EU decries deterioration in fight against terrorism in…