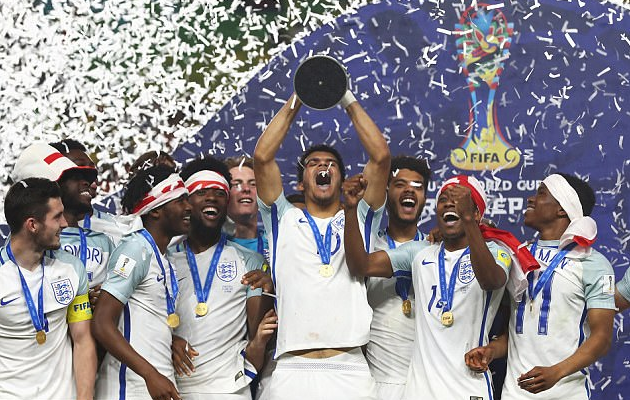 England won the Under-20 World Cup on Sunday to claim their first FIFA trophy since 1996 by beating Venezuela, and attention has thus far been on Dominic Calvert-Lewin, the Everton forward who netted the solitary strike over Venezuela.

But in that 21-man English team are six Nigerians who played prominent roles in the success. What do you know about them? 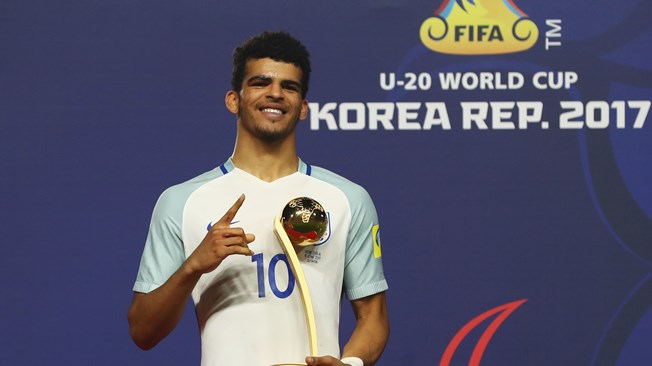 A young man with a crystal bright footballing future ahead of him, Solanke made the headlines during the tournament — not for what he was doing in South Korea but for securing an unlikely move from Premier League champions Chelsea to Champions League returnees Liverpool.

Not to say he didn’t make his mark on the tournament itself; it was in fact double honours for him. Solanke scored three goals in six games to help England win the trophy, and he also won the Golden Ball award.

He first drew global notice in October 2014, when he became the youngest player to debut in the UEFA Champions League for Chelsea, replacing Oscar in the 73rd minute of a 6–0 win over NK Maribor.

He has represented England at all youth team levels. In May 2014, he featured in the England squad that won the UEFA European Under-17 Championship, emerging tournament joint top scorer with four goals in four appearances.

Dominic Ayodele Solanke was born on September 14, 1997, to a Nigerian father and an English mother. 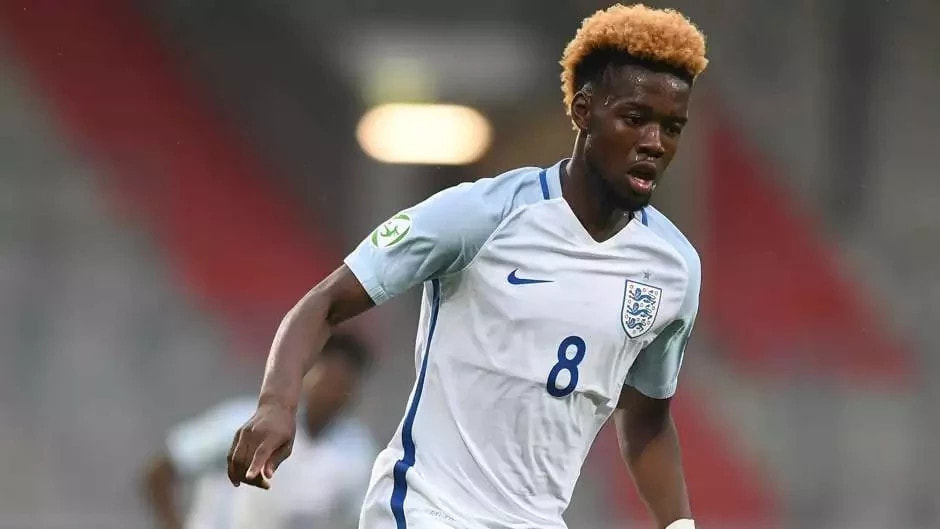 Although he was born in Enfield, North London, you only need to hear his middle name to know his father’s state of origin: Oghenetega.

Born on April 27, 1997 to Nigerian parents Joseph and Josephine, Joshua Oghenetega Peter Onomah has played for England at every grade level. The Tottenham Hotspur midfielder made his Premier League debut in November 2015, coming on for ‘dual compatriot’ Dele Alli in a 3 – 1 home victory over Aston Villa. He then made his first start for the club, where he came through the academy, playing 90 minutes in a 4 – 1 victory over AS Monaco.

He was a member of the England squad that won the 2014 UEFA European Under-17 Championship, 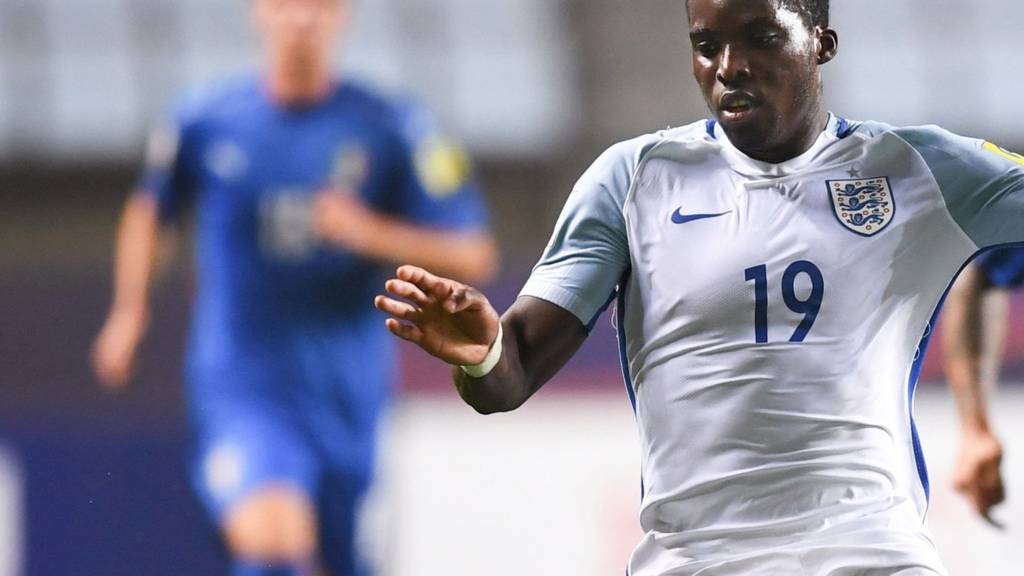 Never mind the ‘h’ in the ‘Seyi’ on his jersey, his full name is Oluwaseyi Babajide Ojo. He was born on June 19, 1997, in England but to Nigerian parents.

Like Onomah, Ojo rose through the ranks at the Liverpool academy after joining as a 14-year-old. But unlike Onomah, he went on loan at Championship clubs Wigan Athletic and Wolverhampton Wanderers before earning a recall in January 2016 for his debut.

He made his Premier League debut on March 20, 2016, replacing Joe Allen in the 87th minute of a 3 – 2 away loss to Southampton at St Mary’s Stadium. He made his first Premier League start three weeks later, providing the assist to Daniel Sturridge for Liverpool’s second goal in a 4–1 win.

Ojo has represented England at all grade levels from the U-17s. 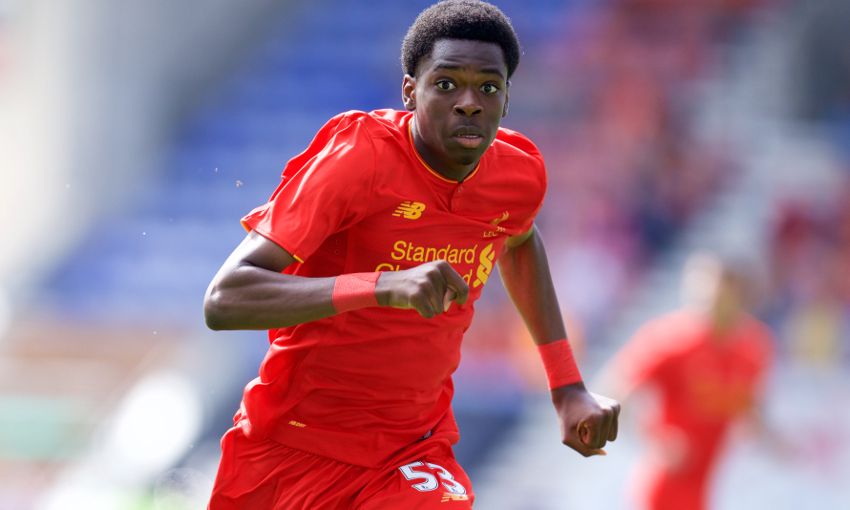 “Though I was born in England, my parents are Nigerians. So I have pledged my international future to Nigeria.”

That was how the young man summed up his national-team future sometime in 2014, when the Nigeria Football Federation (NFF) sought to prise him from from England.

Born Oviemuno Dominic Ejaria on November 18, 1997, in London to Nigerian parents, the Arsenal supporter signed for the club of his dreams in 2005 but eventually switched to Liverpool nine years later. He made his Premier League debut on November 6, 2016, coming on as a substitute in Liverpool’s 6–1 home win over Watford.

Ejaria trained with the Nigeria Under-17s team in 2013 but ended it abruptly to return to school in England.

“I have been to Nigeria twice, when I was much younger and most recently for the Under 17 screening exercise held last July,” he said of the experience. “I could not continue training with the squad because I had to return to England for school and the start of pre-season.”

No need to be told: Ejaria will be back for Nigeria someday soon. 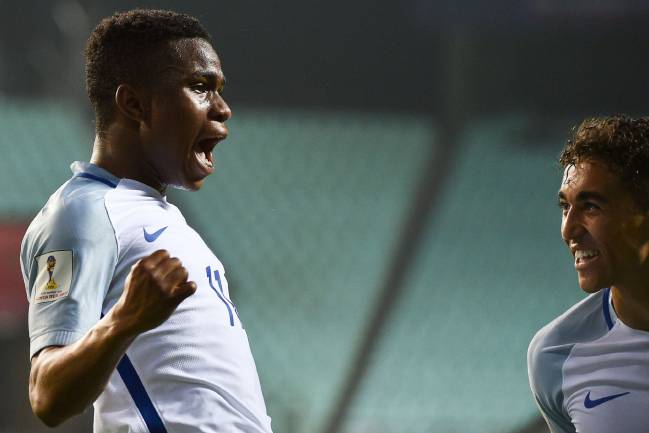 He is just 19, his idols are Lionel Messi and Neymar Jnr., he is already a Premier League star.

Ademola Olajade Lookman, born October 20, 1997, is the Everton footballer who scored on his Premier League debut against — wait for it — Manchester City in January 2017. Everton won the game 4 — 0, and his goal was the fourth. What a day to make a debut!

Lookman was born in Wandsworth, London. He joined the Charlton FC academy in 2014, and he was so good that he made his first-team debut just a year later. He joined Everton on January 5, 2017, and it took just 10 days for Coach Ronald Koeman to hand him his debut!

Unlike Ejaria, he rejected Nigeria when Gernot Rohr tried to take him away from England. 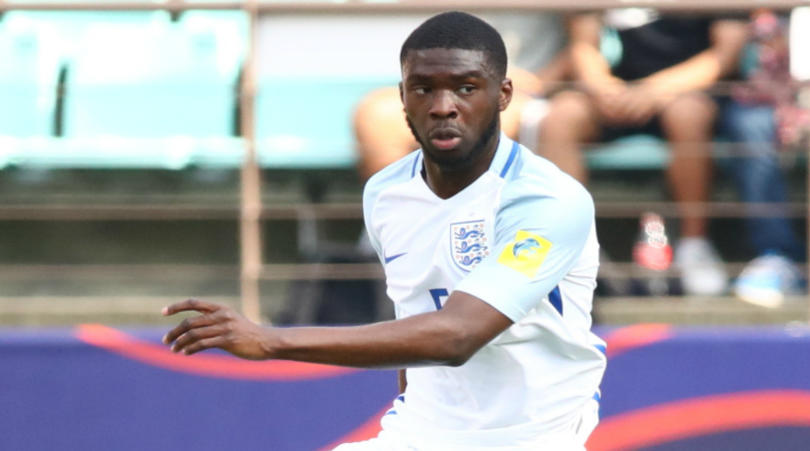 Born on December 19, 1997,  Oluwafikayomi Oluwadamilola Tomori is a Chelsea player on loan at newly-promoted Premier League side Brighton & Hove Albion.

He joined Chelsea at under-8 level and progressed through the clubs academy, winning back-to-back UEFA Youth League and the FA Youth Cup in 2015 and 2016.

He made his Premier League debut for Chelsea on May 15, 2016, replacing Branislav Ivanović in the 60th minute in a 1–1 draw with champions Leicester City.

He made his loan move to Brighton & Hove Albion, then in the Championship, in January 2017, eventually helping the team win promotion to the elite division. Like others on the list, he has played for the England U19 and U20 squads.