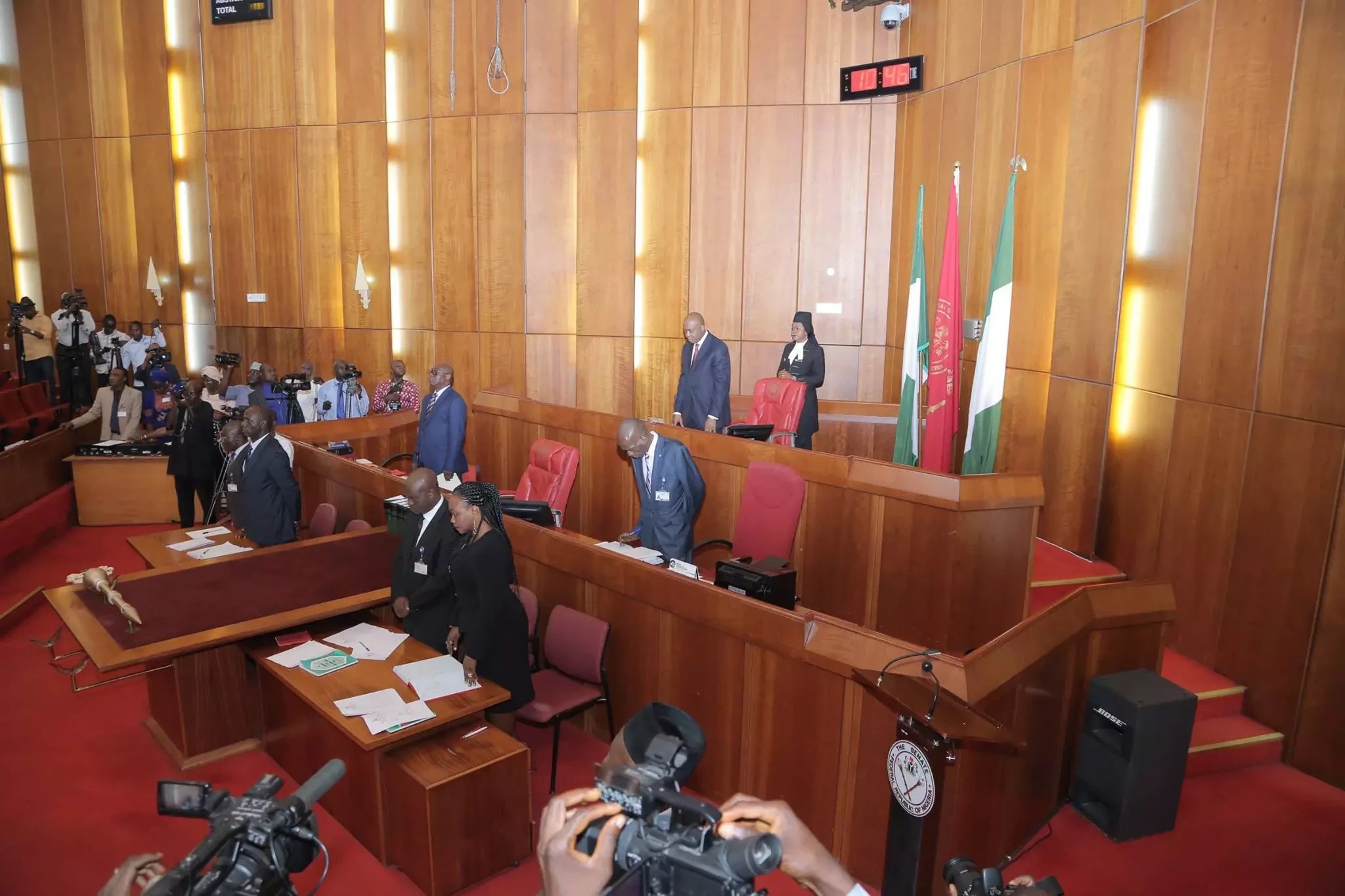 One, on that day, the senate screened him, an 82-year-old, following  his nomination as a non-career ambassador by President Muhammadu Buhari. An ailing 74-year-old president nominating an aged, 82-year-old ambassadorial candidate made for such interesting news!

Two, the octogenarian defiantly told the senate that there was no way he would recite the national anthem, as he had been instructed by Gbenga Ashafa, an All Progressives Congress (APC) senator representing Lagos East.

“Why should I do so?” he reportedly said. “You should have sent me a syllabus.”

When Monsurat Sunmonu, Chairman of the Senate Committee on Foreign Affairs, presented her report on Nsofor’s screening, she said: “His responses to the issues raised were either not answered or devoid of details and mostly satirical.”

A member of the committee also asked him if he knew about IT. “What is IT?” he asked. “It’s for your age, not mine.”

Asked if he was not too old for the job, he told the senators to “go and ask Mugabe who is still working”.

The senate, sensing that he had “shown his temperament”, asked him to take a bow and leave. He wasn’t confirmed, of course.

POOR BUT A MAN OF INTEGRITY

Should anyone be shocked by Nsofor’s defiance? Not anyone who knew him in his younger years. He earned notoriety during his membership of the Appeal Court panel that decided the election tussle between Muhammadu Buhari, presidential candidate of the All Nigeria Peoples Party (ANPP), and Olusegun Obasanjo, candidate of the Peoples Democratic Party (PDP), who was declared winner of the 2003 presidential election.

Of the three justices on the panel, he alone did not endorse the final judgement upholding Obasanjo’s victory.

In a minority ruling, he said: “The deployment of the soldiers and police was to intimidate innocent electorate as alleged by the petitioners (Maj.-Gen. Buhari and ANPP). If not, why is it that no PDP member was killed or shot? Six innocent Nigerians were shot dead in police station. Others were wounded. All were ANPP members.

Sam Nda-Isaiah, the publisher of Leadership newspaper, would capture the events in an article, in 2005, shortly after the justice retired.

“Only Justice Sylvanus Nsofor, as far as I can remember, declared that his conscience would not permit him to endorse such nonsense,” Nda-isaiah wrote.

“He retired from the judiciary a few months later an indigent man compared with some of his colleagues whose standard of living (some of it dollar-denominated) speak for them. Nsofor may be poor today but he still has his name and integrity, which his children and progeny will remain proud of.”

After Nsofor’s rejection by the Senate, Buhari re-nominated him. When he reappeared before the upper chamber on Wednesday, the retiree changed his approach; it was clear he had learnt his lessons. And even though a report by the Department of State Services (DSS) indicted him, the committee went ahead to confirm him.

Asked at the screening how he would relate with the newly-inaugurated 39-year-old French President, Emmanuel Macron, if, for instance, he was deployed as Nigeria’s Ambassador to France, Nsofor’s response was measured this time.

“Politeness is the key,” he said. “I will respect him despite his age.”

Assessing his performance this time, SUnmonu said: “He was rejected but the presidency sent his name back to reconsider. As opposed to being sarcastic and frail when he first appeared before this committee for screening, the nominee answered all questions appropriately and his appearance was better than the previous one.

“The DSS report still maintained that he would not be able to perform the duty of an officer due to his advanced age. However, the committee believes that he should not be penalised based on age since he was able to demonstrate the necessary skills during the exercise.

“The DSS report did not state any criminal report against this candidate. Hence the committee resolved to give him a chance. The committee is satisfied with his second appearance and performance.”

Born on March 17, 1935, Nsofor was appointed a judge in 1977 and he spent 28 years on the bench, 13 of which were as a Justice of the Court of Appeal (JCA). He also taught Law at the Holborn College of Law in London‎.

Buhari says CAMA will help fight corruption, no, it contains…