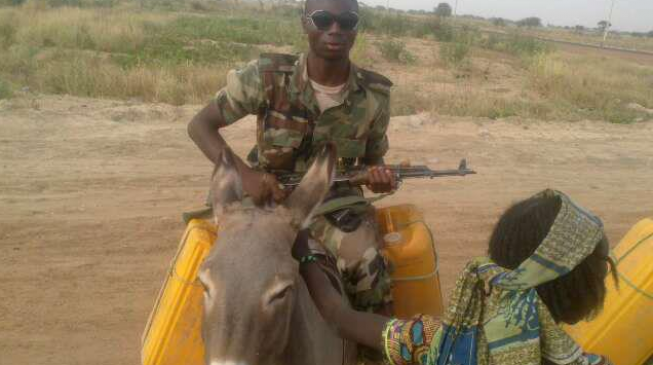 This piece, first published by TheCable in 2016, is republished today, on the occasion of the Armed Forces Remembrance Day, in honour of one of the many soldiers who have paid the supreme sacrifice for fatherland.

They were his final words. And they summarize the kind of life he lived, his commitment to his job and dedication to fatherland. With his sacrifices for his country and its people, it is fitting that he uttered those words on February 14, the Valentine’s Day of 2015.

As exuberant youth were having a ball from club to club or hanging out and making out at lounges and beaches and restaurants, Nigerian soldier, Charles Victor Uchenna Ilo, was bracing up for a battle with Boko Haram on lovers’ day. In his high spirits, he wrote on Facebook: “Well, nothing more 2say, we are going back 2 recapture our ‪#‎monguno base 2day, i must fullfill my vow 4my country…my faith is one and ever! THE FEDERAL REPUBLIC OF NIGERIA”

That day, Ilo fell to Boko Haram’s bullets. On a day dedicated to the sharing of all kinds of love, he showed the greatest from of love for his country – sacrificing his life.

Even in death, Ilo has been rightly hailed by his friends as a victor. His wish to have Monguno retaken from the insurgents was successful, after all.

After almost two days of fighting, the army announced that the town had been cleared of terrorists and it was back in Nigeria’s control. But while the army claimed to have killed “more than 300 terrorists”, there was no official announcement of the casualty figure of the soldiers.

As his friends refrained from speaking to the media, their description of Ilo Victor as victorious in death came off as the African tradition of never speaking ill of the dead – until the discovery of a Facebook post by Justice Emeka Obi in the heat of the arms deal scandal.

“My brother, Charles Victor Uchenna Ilo, you died not because Boko Haram fighters were better trained… but because those old men diverted and pocketed billions of dollars budgeted for arms procurement, thereby starving you of the necessary weaponry,” an embittered Obi wrote, appending pictures of three of the dozens of highly-placed Nigerians implicated in the $2billion arms deal scandal. 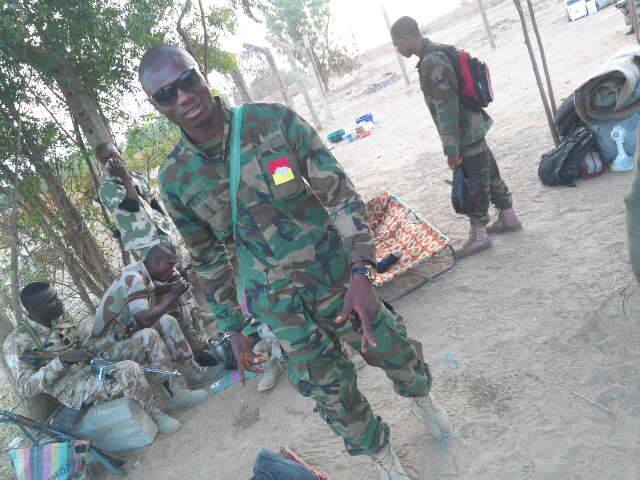 Ilo in the woods preparing for battle against Boko Haram

But if Ilo were to be alive, he would have handled with equanimity, the disappointment of seeing the country’s leaders mismanage funds meant to equip soldiers against Boko Haram.

He would, because it was his principle never to be broken by disappointment from mortals.

“Disappointment from a mere human should not worry you, rather [it should] encourage you…am always encouraged, my people,” he wrote in a Facebook post reproduced by his sister after his death.

It is very easy to see that the slain soldier was loved by his people. One of his friends, whose wife was pregnant during the battle and delivered a set of twins after Ilo’s death, named the male ‘Victor’, after Ilo, and the female ‘Victoria’. 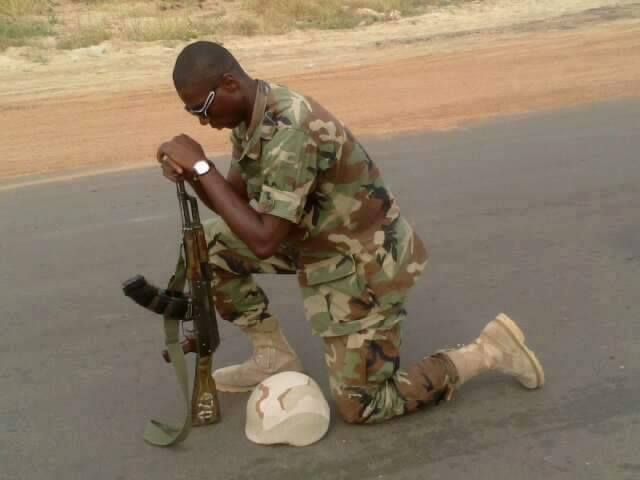 After someone who continued to refer to Ilo as “my brother” was called up for the mandatory National Youth Service Corps (NYSC), he wrote on Facebook: “NYSC is a pride for every graduate. Want to use this opportunity to thank my beloved late brother, Charles Victor Ilo, who made my education possible. How I wish…May his gentle soul RIP.”

In a separate post, he also said Ilo made him who he was: “I’m so proud of you brother, a gallant man, a gallant officer. You left us exactly 7 months today; you died for your great nation, fighting for peace to rein. You will forever be remembered in my entire world. You made me what am I TODAY. May your gentle soul REST IN PEACE. Great #ojemba.” 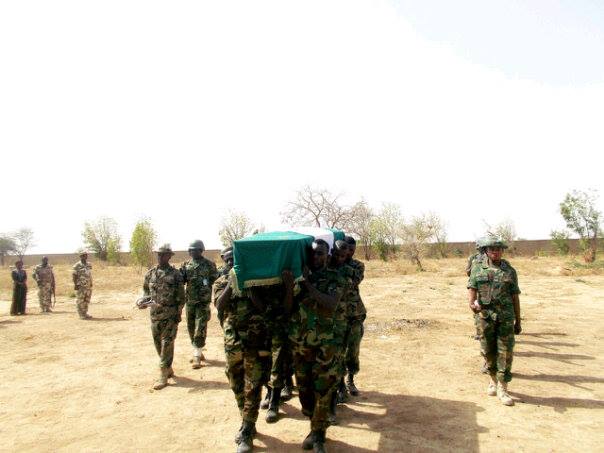 A brave soldier embarks on the final journey home

It is an emotion-laden message that not only releases the tension in Ilo’s friend but also overtakes the journalist. Chugha Michael Uchenna’s elegy leaves the journalist wondering if his job is to write a tribute or mourn the departed, watching helplessly as drops of tears trickle from his eyes to his spectacles and onto his keypads – not just for Ilo but for the thousands of slain soldiers who would have been alive today were they adequately equipped.