Contractor complains of not being fully paid by the procurement agency 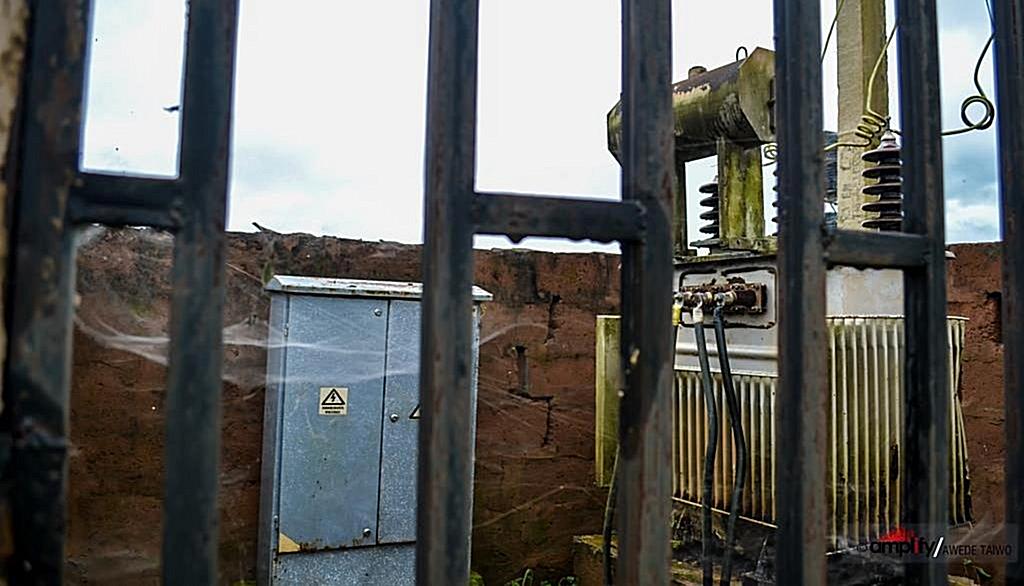 REGARDLESS of age, no resident of Oke-Irhue community has ever enjoyed a supply of electricity from the government of Nigeria. The agrarian community located in the heart of Uhunmwode Local Government, Edo State, has not been connected to the country’s energy grid ever since inception.

In 2004, the community got lucky. The Rural Electrification Agency (REA)  started a power supply project. Poles were erected in some parts of the town by the contractor, wires were placed, and one transformer was supplied. But that was the end of it.

Fourteen years later, people of Oke-Irhue still sleep in darkness and generators remain the only source of electricity for the few who can afford them. Not only that, the town is disconnected from the rest of the world because they also do not have access to news. Yet, these are possibly the least of their worries.

With close to 5000 residents, the community is one of the largest in the Irhue Ward 4. Moreover, this figure is likely to double in the near future taking into account the activities of Okomu Oil Palm Company, which has just extended its operations to the town.

At least four times, the last in June, Sam and Sam Electrification Company, the contractor handling the project, has asked residents of the community to clear the site in order to resume the project. The residents have carried out the instruction, and are waiting for the contractor to get to work, but nothing has been done till date.

Of politics and failed promises

Speaking with The ICIR in October, Tony Jimoh, a member of the community’s working committee, revealed that the electrification project has constantly featured in the campaign promises of politicians in the region, but none has yet fulfilled the promise.

“Every four years, they tell us they will give us light and they will come and commission it,” Jimoh said. “But after winning, we do not see them again.”

In 2015, the same cycle was repeated and, as the 2019 general elections approach, the issue of electrification has again taken centre stage in political discussions, though people remain incredulous.

According to Jimoh, the senator representing the Edo South district, Aisagbonriodion Matthew Urhoghide, is one of those who promised to see to the completion of the electrification project. Aisowerien Patrick, representing Orhionmwon Uhunmwode federal constituency at the House of Representatives, has also refused to respond to entreaties after his election.

“Even one of our leaders in the community says he has been calling his number and he is not even responding,” he added. “He sent him text messages concerning this project and he’s never replied.”

Elizabeth Atvie, representing the state constituency at the Edo State House of Assembly, has also forsaken the community despite earlier promises of completing the energy project and rehabilitating the road. Jimoh recalled that she supplied a damaged transformer “over eight years ago”, with some wires hanging loose.

“She won, it’s getting to seven years now, and we are not getting what she promised. And she’s even campaigning for the House of Representatives as we speak,” he said.

Members of the community did not find out that the donated transformer is not working until both transformers were examined in August by an expatriate from the Benin Electricity Distribution Company (BEDC) Plc. It is only the transformer placed between the market and the Catholic church, the expatriate observed, that is functional; but he also assured that, with that one alone, the entire community could be powered.

BEDC, during the visit, pledged that power would be supplied “before December”, but nothing has been heard from them since then.

Of politics and sabotaged publicity

Having had enough of the hollow promises and fruitless pleas, members of Oke-Irhue community resolved in 2014, to employ other means of drawing attention to their plight. The Nigerian Television Authority (NTA) was invited and residents were taxed to raise N70,000 as payment for publicity.

A short heart-rending documentary was produced and the villagers were given a date on which it would be aired. When the agreed Thursday arrived, various residents gathered and waited anxiously to watch the report; but it was not aired as promised.

“We called them to ask what is happening,” Jimoh narrated. “They told me that that woman representing us, Hon. Elizabeth Atvie, is the one behind it, that they called their madame that they should not air it on Thursday.”

Officials of the NTA assured the community leaders that the video would be aired on Saturday, knowing full well that it would not get as much viewership. It was observed that parts of the documentary had been removed when it was finally broadcast. When the officials were challenged about this, they responded that the uncensored version would be broadcast at a subsequent date. There is no evidence this was done.

Oke-Irhue is a largely agrarian community where nearly 80 per cent of the population are farmers. As a result of unpleasant road conditions and the difficulty involved in travelling to the area, farmers hardly get the money’s worth of their produce.

Buyers do not visit frequently enough; and when they do, they offer ridiculously low prices for the goods — knowing the farmers have little or no choice but to accept. A farm produce that is worth N1000 could be sold for N200, Jimoh said.

“If we say we will not sell, they will say carry it,” Jimoh said, sorrowfully. “But how can we carry over 1000 heads of plantain and tubers… You cannot eat all of them, so you’ll be forced to sell.”

He also said the bulk of their produce such as plantain, pineapple and yam are left to waste in the bush, especially as there is no power supply with which they may be preserved. He told The ICIR that residents of the community would have ventured into tomato farming, but the lack of electrical supply has made it too risky.

Daniel Asemota, the community secretary, said the abandoned electrification project has also created a life-threatening atmosphere because the community’s health centre could not function appropriately.

In the hot season, patients at the clinic suffer suffocation and they usually resort to the use of hand fans to keep themselves cool.

“The health centre runs on a generator,” Asemota revealed. They put it on sometimes from the hours of seven in the evening to ten, if there is fund. “It is not regular.”

He added that, asides the deplorable condition of the health centre, the primary and secondary schools are also in bad shape and the people are not enjoying any amenities as dividends of democracy.

Contractor: Project is completed; it is left for REA to energise

When he was contacted, Sam, the owner of Sam and Sam Electrification Company — which could not be traced as one of the companies incorporated by the Corporate Affairs Commission — said the project is completed, but the REA has refused to energise the community through the infrastructure on the ground. He also revealed that his company has not been fully paid by the agency.

“We are being owed, we have not been paid,” he said, impatiently. “The project has been completed. If you want information about Oke, go to NEPA [BEDC]. Go to REA. Information is everywhere. The certifications are there for them to energise; they refuse to energise them.”

He also said he is aware members of the community are scheduled to meet with BEDC the following day to discuss the project. When he was asked to confirm the project’s completion rate, he started a conversation with another person, ignoring the reporter’s calls for attention for nearly two minutes.

However, speaking on behalf of REA’s South-South Zonal Office, Thomas Inegbedion said Sam and Sam is not the actual contractor, and requested The ICIR to pay a visit to the office for details.

Meanwhile, Section 16(6) of the 2007 Public Procurement Act provides that all bidders for a contract must “possess the necessary professional and technical qualifications to carry out particular procurements”, as well as necessary equipment, adequate personnel and other relevant infrastructure.

Oke-Irhue is one of the numerous rural communities that benefit nothing from the over 7,000 megawatts generated in the country. The World Bank, in a 2018 report, pointed out that, with about 80 million people lacking access to grid electricity, Nigeria has the largest access deficit in Sub-Saharan Africa and the second largest in the world, after India. It also established that while up to 83.6 per cent of the urban population has access, only 39.1 per cent of the rural population does.

In December, Nigeria secured approval for a $200 million loan from the African Development Bank (AfDB) and China’s Africa Growing Together Fund (AGTF) to fund the Nigeria Electrification Project (NEP), implemented by the Rural Electrification Agency (REA).

According to REA’s website, the South-South geopolitical zone has the highest number of ongoing projects (52) and the second highest number of new capital projects (81) funded by the agency. The exact locations of these projects, as well as others that have been completed, are however not available on the platform.

This report received the support of TrustAfrica and Amplify, a civic tech organisation projecting the voices of rural underserved people and advocating for sustainable development in Nigeria’s forgotten communities.