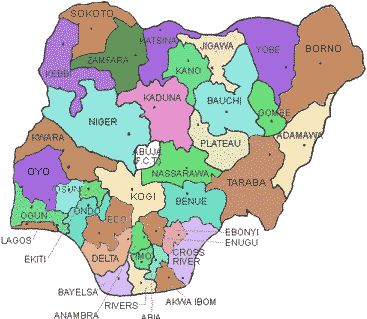 ONE of the first definitive steps taken by General Ibrahim Babangida on displacing General Muhammadu Buhari in a “palace coup” and coming to power in Nigeria in August 1985 was to set up, four months later, a 17-member committee (two women and 15 men) to organize, conduct, collate and then report on a general national political debate.

He called the committee the Political Bureau. The political debate was to be on the character, content and form of a future political dispensation expected to be the legal successor to both the Second Republic (1979-1983) and the military dictatorship that overthrew it at the close of 1983.

Although the Babangida military dictatorship was neither revolutionary nor Leftist it tried to maintain an ambiguous relationship with a number of known Leftists and liberal democrats. We may recall that a decade earlier, in 1975, General Murtala Mohammed did something similar. It was one of the Leftist friends of the Babangida dictatorship, a veteran, that informed a closed meeting of the Left more than three years later (April 1989), that he recommended me for membership of the Political Bureau. This shocking information resolved a three-year riddle for me!

My membership of the Political Bureau was turbulent, but productive and lasted for 12 months of the 15 months (January 1986-March 1987) the Bureau was in existence. This was essentially because I saw my involvement as class struggle. Apart from the general issues in democracy, the particular issues the Political Bureau engage included state and religion; state creation; and the roles in governance of “special groups”, including, in particular, traditional rulers, women and Labour.

The reader may recall or easily confirm that at the time of the national political debate Nigeria was a federation of 19 constituent states and a federal capital territory, Abuja. The territory then called Sokoto State (let us call it Old Sokoto State) was made up of the present Sokoto State and the present Kebbi and Zamfara States. It was from this Old Sokoto State that the Political Bureau received one of the most interesting memoranda on one of the most controversial issues in Nigeria’s “democracy” at the time: the place and role of Nigeria’s traditional rulers and traditional rulership. The memorandum was signed by “Thirty-six Concerned Citizens of Sokoto State”. The authors, through four of their representatives – all middle-aged and articulate – submitted the document to the Secretariat of the Political Bureau in Lagos. Thereafter they brought me a personal copy.

The memorandum of “Thirty-six Concerned Citizens of Sokoto State” was written in form of a protest. But it satisfied all the conditions the Bureau required in a memorandum. The opening paragraph explains the anger of the authors: “We, the signatories of this letter, have, after being keen participants and observers of the activities of your Bureau in Sokoto State, decided to write you on our dissatisfaction with some people who have started to meddle in what the masses of the people have to say concerning how they should like this nation to be – socially, politically and economically – in the next political dispensation.”

Going from the general to the particular and from the introductory to the substantive, the protest memorandum of “Thirty-six Concerned Citizens of Sokoto State” said: “Those of them who went on calling some people names because they called for the scrapping or democratization of the traditional institution in Nigeria should know that Nigerians have come of age, that they know what is good for them. They should also know that the democratization of the institution will not disallow them from seeking election if at all they have the credentials that the masses of the people cherish. If it becomes inevitable for the traditional institution to prevail, let it be according to the wishes of the people, not on lineage basis”. Finally, they threw a challenge: “If anybody thinks that it is a tiny clique that is spearheading the call for the dissolution or democratization of traditional rulership institution in Nigeria, let there be a referendum to see who will be vindicated.”

I did not regard this memorandum simply as one of the thousands of opinions received across the country on the issue of traditional rulers and their place in Nigeria’s republican democracy. I considered it a dominant “representative memorandum” – by which I mean that it expressed the position of an overwhelming proportion of the contributions the Political Bureau received on this particular subject. And the Bureau was faithful to this glaring fact. In its report at the end of the national political debate, the Political Bureau articulated five different positions from its summary and analysis of public contributions to the question. These were: “the abolition of the traditional institution; the cooptation of the institution to participate in government; the democratization of the system to conform with the process of modern government; the maintenance of the status-quo; and the determination of their relevance and future by the people”.

From this summary the Political Bureau made the following two middle – ground recommendations: “Government should provide a legal definition for this group of leaders (traditional rulers) and keep a register of such leaders throughout the country; and the role of these category of leaders should be restricted to the local government areas within the communities where they have relevance. Even here, however, they should not be granted legislative, executive, or judicial functions”.

Two formulations therefore emerged. The first was the five-point summary of the different positions submitted by Nigerians; and the second was the “recommendations” of the Political Bureau based on its internal debate on the summary of the popular debate. Although the recommendations were partly a reflection of the composition of the Bureau itself, the latter’s “degree of freedom” in this matter was limited since the Bureau was faithful in its summary of contributions. That “faithfulness”, I declare, was a product of class struggle within and outside the Bureau.

I declare that the Nigerian Left, struggling within and outside the Political Bureau, played a critical role both in the debate and in the process leading to the report whose highest point was the recommendation of socialism as successor social system for Nigeria. I also declare that, in particular, the Nigerian Left recorded a clear victory not only on the issue of traditional rulers and traditional rulership, but also on state and religion, state creation, the role of Labour, the role of Women, and state support for the Weak and Vulnerable, etc.

On the issue of state creation, for instance, the Bureau unanimously recommended the creation of only two additional states: the present Akwa Ibom and Katsina States – to bring the number of states at the time to 21. You may recall that this was done. I declare that the Nigerian Left can claim this as its victory. And there are several such achievements in the history of Leftist popular struggles in Nigeria. The Nigerian Left must learn to claim and write its victories. Beyond that, it should learn to build on such victories. That is the road of development as a respected, authoritative and independent political force.

Nothing I have said in this piece should be construed as support for any faction of Nigeria’s ruling class in any of the current internal struggles of the class. There is simply no basis for such support. That is, however, not to say that at certain conjunctures our position may not uphold a position held by a faction of the ruling class. But our premises will always indicate that we are different and that our destination is different.

All that I am saying here is that the Nigerian Left has a history of struggle which, together with a People’s Manifesto, should constitute the foundations of its popular-democratic interventions. We should be intervening in political developments as serious and legitimate contestants for power or hegemony in Nigeria.