EVERY athlete embarks upon a unique journey in life but for former Nigeria U23 forward, Kaseem Yebsaya, his pursuit for a remarkable football career later ended in misery and regret.

During the 1995/96 football season, Yebsaya was a player some of the best teams in Europe were jostling to add to their squads. This followed his brilliant performance for Nigeria during the 1996 Olympic African qualifier. After he helped Nigeria qualified for the 1996 Olympic in the USA, Turkish Super Lig side, Denizlispor quickly outsmarted other European clubs and signed him on January 13th, 1996 to become one of their 12 foreign players during the season January transfer window. Discovering a dream life of playing in Europe, he concentrated all his efforts on winning the heart of the coach and fans of his new team.

His determination paid off six weeks after joining the Turkish club, he was listed among the 18-man squad in Denizlispor’s 3-1 home win against Antalyaspor. Following his hard work and improvement in training, he made his first appearance on the league match-day 22 when he was subbed on in the 8th minute in his team 2-1 loss to Samsunspor. During his short stay with the Turkish giant, he made the team list 8 times, one start, subbed in three times, and was on the bench 4 times.

His performance in the national team and his new club did not go unnoticed, at the end of the 1995/96 season, one of the most successful clubs in the world, Ajax Amsterdam invited him for trials, but the invitation marked the beginning of his miserable life.

The 1994/95 season saw Ajax win both the Uefa Champions League and the League titles after going unbeaten in both tournaments. The following season, Ajax needed to replace seven first-team players that left the team in 1996 and 1997. Two Nigeria internationals, Kanu Nwankwo and Finidi George were among the players who moved to other clubs. The success also saw the then Ajax coach, Louis Van Gaal left for Barcelona and Morten Olsen was chosen as the replacement. To maintain the success he met in the team, Olsen needed a better replacement for the departed key players. Kaseem was seen as one of the perfect replacement and was invited for a trial with Ajax Amsterdam. Before Kaseem’s invitation, Ajax had signed another Nigeria winger, Tijani Babangida in the summer of 1996 in a long-anticipated move from Roda JC. Unlike Kaseem, Tijani Babangida was part of the victorious Nigeria U23 national team.

Seeing this as a rapid rise to success, Kaseem Yebsaya left for Ajax with the hope of tying down a permanent deal following the successful stints of Nigerian players in the club’s history. But disappointedly, he picked up a knee injury and also failed the medicals during the trial and was told to leave the team’s camp. His decision to concentrate on climbing the ladder of success in his club career, despite contributing to seeing the Nigeria U23 team qualified for the Olympic, made him miss being part of the Nigeria success as the first country to win a gold medal in the Men’s Football event in the `96 Olympic in Atlanta, USA.

Kaseem Yebsaya was reportedly mad when he was told that the 1995 European champions could not sign him not because he was not good enough for the club but was let go due to his health issues.

“The former Iwuanyanwu Nationale and Concord FC player decided to leave Nigeria for Turkey after helping the ‘Dream Team’ picked the Olympic ticket,” Yusuf Ubale stated. Tijani Babangida accommodated him in Holland for three months when his ill-health issues started and was homeless following his rejection from the Ajax camp. As time goes on, the health issues degenerated, and was deported to Lagos, Nigeria. And from Lagos, he was transported to Kaduna where he started his professional football career. In Kaduna, he was seen roaming the streets before he was moved to his village, Takum in Taraba State,” Ubale who helped in his rehabilitation said.

“I got to know about his ill-health issue when he was in Takum. I went to see him but I was shocked to see him dressed shabbily and saying words I cannot understand. I recorded the video interview with him and posted it on my Facebook wall seeking financial assistance to help rehabilitate him,” The former footballer added.

“He came for trials in Ajax from his team in Turkey but got injured and was flown to Lagos from Holland where he was moved to Kaduna,” former Super Eagles and Ajax winger, Tijani Babangida confirmed to the reporter.

“When he was mentally affected and admitted into a hospital in Holland and his health issue got worsen, they advised him to go back to Nigeria where his families are,” he added.

“While in Kaduna, he continued, the League Management Chairman, Shehu Dikko paid for his medical bills in a hospital in Zaria. He is recovering now but the only issue now is that there is no money to purchase his yearly drugs which finished before the Coronavirus pandemic. 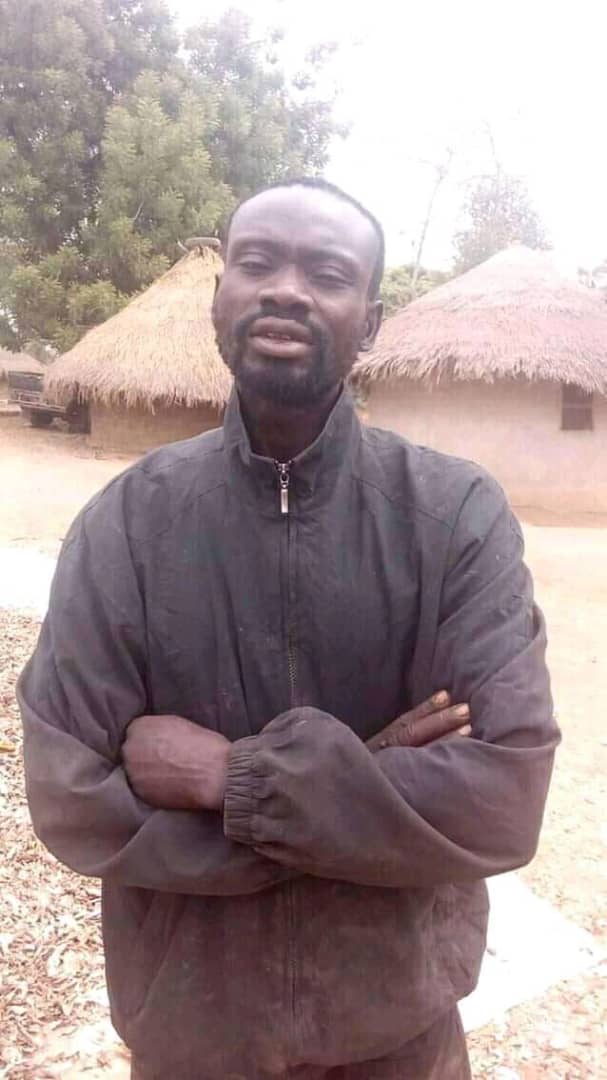 Kaseem Yebsaya elder brother, Wukari Yebsaya who spoke with the reporter confirmed that the former Nigeria international is in Kaduna staying with a friend (Haruna) and presently in need of money to purchase drugs from the hospital in Kaduna.

Wukari said: “My younger brother (Kaseem Yebsaya) was playing in Turkey then, from Turkey he went to Holland to play for Ajax. At that time, we discovered that he neither called nor visit us in Taraba state for a very long time. No calls, nothing to trace him. Then, after some years, we decided to find him but we didn’t get results. But later, we heard that they have deported him as a mad person to Lagos, Nigeria in 2013. When he came to Taraba with the sickness, we tried all we could to get him back to normal but all attempts failed.

“So, we took him to the psychiatric hospital in Barnawa in Kaduna State and they were able to resuscitate him and even came back to his senses after staying there receiving treatment for four months.

“In 2018, he started a coaching career and led his local government team, Takum Local Government Football Club to the quarter-finals of the 2019 Taraba State Governor’s Cup. Few months after that, we discovered that his character changed. Recently, my younger brother called and informed me that he (Kaseem) needed medical attention again. So, I went home to see him. When we sat together and started talking, I discovered from the way he talked that something was wrong. And the family decided that we should take him back to Kaduna.

“Then, Yusuf Ubale contacted people we could help us to raise funds. Ubale came and transported him to Kaduna, when they reached the hospital, the doctor said his drugs finished and he has not been taken the drugs regularly for a while and that led to his current situation.

“When I heard that, I told his friend (Haruna) who is based in Kaduna to go to the hospital and find out what we are going to do so that he can stay in the hospital for at least six to eight months so that they monitor him to take his drugs and survive the trauma. When Haruna went to the hospital and made enquiries. After two days, he called me and said that doctor told him that the hospital cannot admit him because of the Coronavirus. This is where are now. I am even preparing to go to Kaduna but because of the nature of my work, I could not.”

”Presently, he needs money to buy drugs so that he can get back to normal,” he concluded.

Cryptocurrency: There is a place for regulation, not…

Zamfara: Treat abductions of students as a breach of UN…