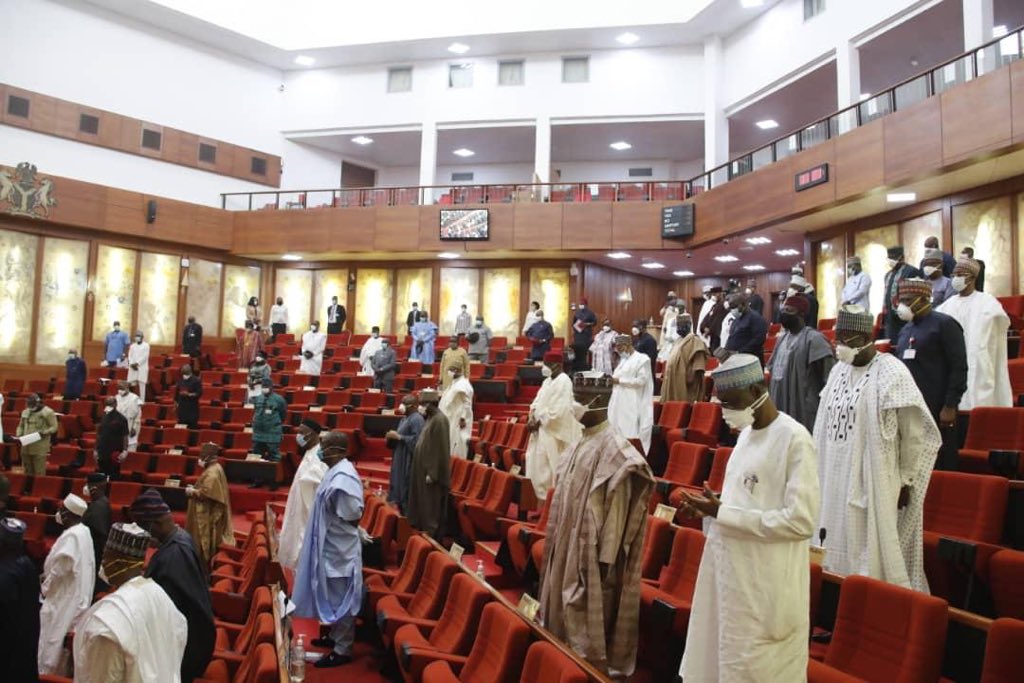 THE Senate has called for the de-centralisation of the Nigeria Police Force and the need for community policing as a way of addressing the country’s problem of insecurity.

According to a Twitter message by the Nigerian Senate , this was part of the recommendations of the Senate Ad-hoc Committee on Nigeria Security Challenges which was considered and approved during plenary on Tuesday.

Ajibola Basiru, Chairman Senate Committee on Media and Public Affairs and senator representing Osun Central Senatorial district who signed the statement released on Twitter said the Senate urged urged the Executive to direct the Ministry of Police Affairs and the Inspector General of Police to “decentralize the police command structure with operational and budgetary powers” vested in the zonal commands.

The Senate also urged the Federal Government to set up Zonal Security Advisory Committees at each Zonal Command to advise on the security challenges facing each zone, he said.

The red chamber, accordingly, urged the Federal Government to direct the Ministry of Police affairs and the Inspector General of Police to immediately implement the Community Policing Strategy involving local stakeholders at the grassroots, and traditional rulers with a view to addressing local security challenges.

It would be recalled that the upper chamber had set up an Ad-hoc Committee on Nigeria Security Challenges on January 29, 2020, under the Chairmanship of Yahaya A. Abdullahi, the Senate Leader and  senator representing Kebbi North.

Basiru said the committee in its report made wide ranging recommendations which were also approved by the chamber.

The Senate he said also called for composition of the Zonal Advisory Council as proposed by the upper chamber which includes; Governors in the Zone; Zonal AIG of Police; State Commissioners of Police in the Zone; State Directors of the Department of State Security Service; Zonal Immigration Officers;

Zonal Customs Officers; and Representative of the Nigeria Security and Civil Defense Corps in the Zone.

Recommendations were also made for the expansion of the State Security Council and constitution of Area Command, Local Government and Ward Level Advisory Councils.

Group asks US to place visa ban on senators who voted…