THE Senate has cut the budgetary allocations to 30 ministries, departments, and agencies (MDAs) of the federal government in order to make funds available for the 2019 general election.

The lawmakers gave the approval during the Senate plenary on Wednesday, unanimously resolving that a total of N121 million out of the N242 billion budgeted for the 2019 election should be deducted from the combined allocations of the MDAs, while the other half should be sourced from the service-wide votes.

Chairman of the Senate Committee on Appropriation, Danjuma Goje, presented the motion at the floor of the senate, pointing out that the election could not be funded entirely from the service-wide votes as earlier approved.

“The Senate is aware that because of some obvious and imminent issues of national socioeconomic importance, the virement/supplementary request cannot be implemented as earlier approved,” Mr Goje said.

However, Dino Melaye, the lawmaker representing Kogi West Senatorial District, raised an objection saying that the money budgeted for the Nigeria Police during the election (N27.3 billion) was too much. But Goje reiterated that the amount is justified, and besides, the election budget have already been passed.

“The only thing different from what we passed on the 16th of October is the source of funding,” Goje explained.

“The submission, by Mr President, for the police was over 30 billion. It was the appropriation committee that reduced it by three billion.”

See the list of the MDAs from which funds were moved to fund the 2019 election below: 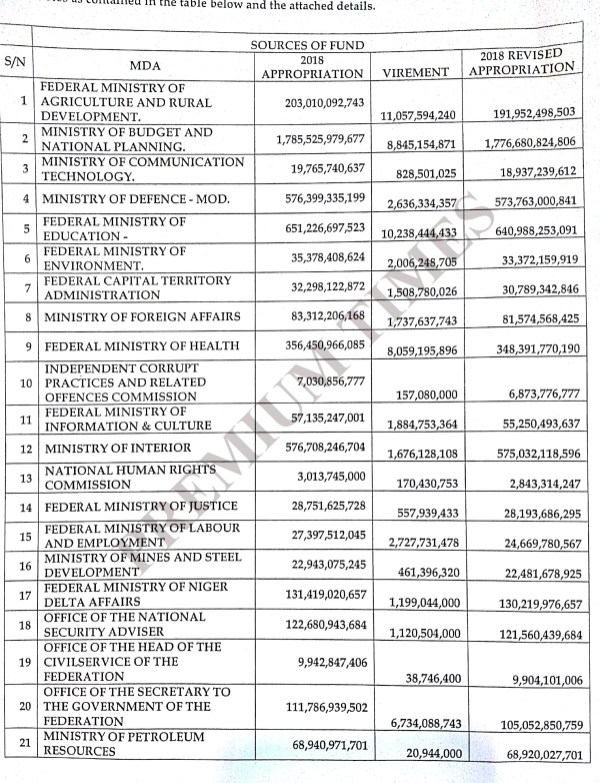 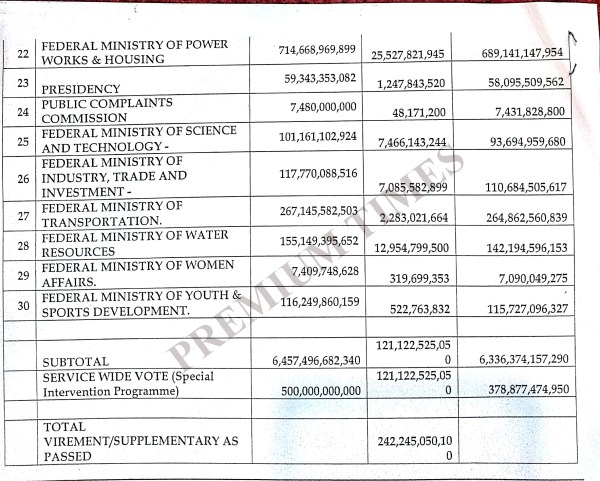 ‘How did he enter the country?’ — Senate sets up committee to probe…

After more than 150 days in prison, Kalu returns as Senate…