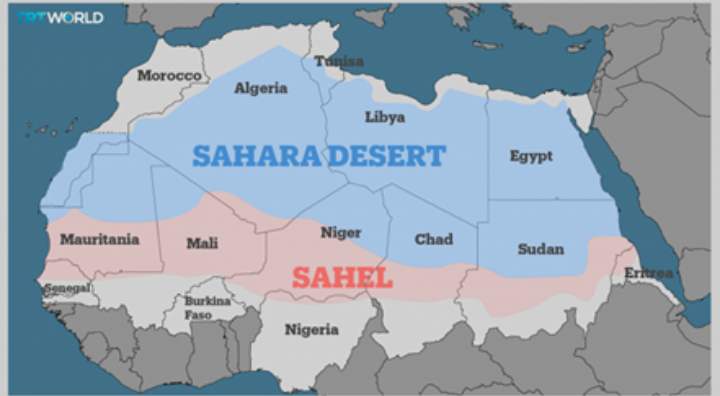 ‘MULTIPLE senseless attacks’ on civilian populations by armed groups in the Tahoua and Tilabery regions of Niger were condemned by world leaders and the International Rescue Committee (IRC) which noted the recent killings of some 200 civilians, including children in the violence.

In the last 10 days alone, three attacks in Banibangou, Tahoua and Abala, near the West African nation of Mali also destroyed productive infrastructure such as granaries, jeopardising livelihoods in some of the most vulnerable regions of the country, the humanitarian group reported.

The security situation in the region is rapidly deteriorating. Terror attacks targeting civilians, as well as soldiers, have particularly risen in Burkina Faso, Mali and Niger despite the presence of peacekeeping forces from France, the EU and the UN.

Teams have been mobilised by the IRC in the so-called jihadi-plagued zone where the porous borders of Niger, Mali and Burkina Faso converge. Some 4,000 people across the three nations died in 2019 in violence and ethnic bloodshed stirred by Islamists, according to the U.N.

“We are appalled at the continuous attack on civilians who were just going about their business, fetching water,” said  IRC Niger senior emergency coordinator Aboubakar Pefoura. “Not only were civilians killed in this latest attack, 22 of them were children. Civilians should never be a target, especially children, and this fundamental principle must be upheld in conflict situations by all parties.”

The attackers arrived in the villages on motorbikes on Wednesday, March 24, and set classrooms on fire, looted a health center and stole livestock. They reportedly surrounded the villages and those who tried to escape were chased and killed, according to an official who wished to remain anonymous.

One of the most insecure regions in the Sahel, Niger has been reeling from years of food insecurity, weather shocks, violence and extremism. In 2019, civilian deaths in the Niger region rose by a staggering 2400 percent compared to 2016, the IRC coordinator said.

No group has claimed responsibility for the attacks.

Recently, members of the U.S. Africa Command met with regional leaders during a brief trip to Chad, Mali, Burkina Faso and Niger.

Niger’s commander-in-charge Mamane Sani Rafini has promised justice. “This situation is simply horrible. Investigations will be conducted so that this crime does not go unpunished.”

The killings underscore the massive security challenges facing Niger’s President Mohamed Bazoum, who was elected in February. w/map of Sahel, the “jihadi-plagued” zone