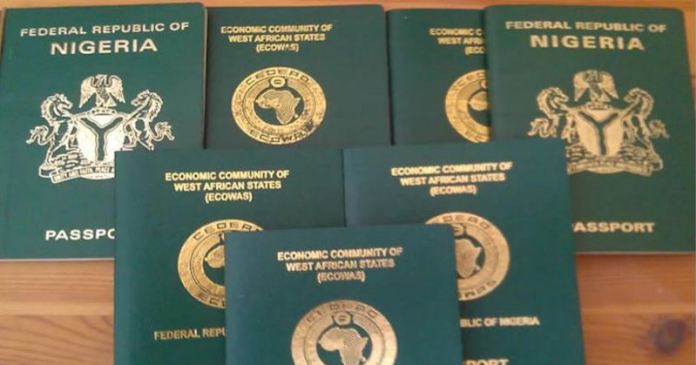 ABOUT 1.5 million of the three million Nigerians registered in Italy are stranded as the Nigerian embassy in the country experiences acute shortage of passport booklets, Chairman of the Nigerians in Diaspora Organisation Europe (NIDOE), Italy Chapter, George Omo-Iduhon, has said.

In an interview with the News Agency of Nigeria (NAN) on Saturday, he said: “One of the problems we are facing as Nigerians living in Italy is acute shortage of Nigerian passport. The government should help to address this problem because Italy serves as the gateway to other countries in Europe, especially for Nigerians. Most Nigerians prefer to have their political asylum in Italy. In Italy, we have more Nigerians than we have in other European countries.”

Omo-Iduhon’s comments re-echoed the position of the National Union of Nigerians Associations in Italy (NUNAI) which noted about a week ago that many applicants scanned since May were yet to get their printed passports, a major requirement for work contracts, stay and residence permits and other necessary documentation in Italy.

In an open letter to the Ministers of Interior Rauf Aregbesola and his counterpart in Foreign Affairs Geoffrey Onyeama, the union appealed to the Nigerian government to make available, the regular passport booklets to its embassy in Rome, Italy, for the sake of hundreds of Nigerians living in the country.

“This appeal is imperative as a result of the fact that many Nigerians are denied access to jobs due to the fact that they cannot provide valid passports and are thereby subjected to countless hardships,” the letter stated.

Similarly, Omo-Iduhon said: “About 1.5 million Nigerians in Italy don’t have passports, even some of those that have been accepted by Italian government have not been issued passport which makes it difficult for them to work.”  He appealed to the Federal Government to make more passports booklets available to the Nigerian embassy in Italy.

NIDOE is the European arm of a global Nigerian diaspora network, established in year 2000 by former President Olusegun Obasanjo. It has its headquarters in London, where it serves 21 regional chapters.