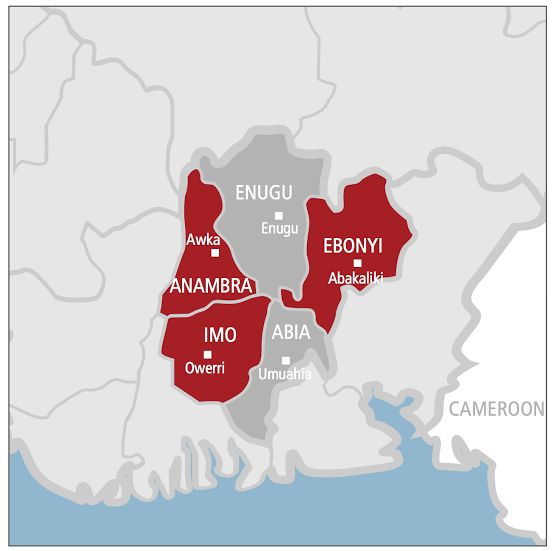 The decision to launch the security outfit was made on Saturday during a meeting among governors of the state over recent security challenges in the region.

The states include Anambra, Imo, Ebonyi, Abia, and Enugu.

According to the communique issued after the meeting, the five South-East governors said they were on the same page with the Federal Government on the issue of security challenges in the country.

The South-East governors resolved to bring together all the arsenals at their command, as one united zone, to fight and flush out criminals and terrorists from the zone.

They agreed that the South-East security summit would convene every quarter while its hosting should rotate among the five  states.

On the need for the security outfit, the governors stated that there was a need to galvanise all the relevant stakeholders in the South-East, the political class, the business community, the bureaucrats and the intelligentsia to provide all the necessary support to security operatives to ensure total success in the fight against criminality in the zone.

The governors further stated that there would also be a committee which would be made up of security personnel, government officials and relevant stakeholders in order to coordinate and monitor the implementation of the regional joint security platform.

With the establishment of the security outfit, the governors stated that it would fast-track crime-busting in the region.

Banditry, clashes between farmers and herders, kidnapping, attack on security operatives and others have become another major challenge in some parts of the South-East Nigeria.

In the South-Western part of the country, there is a regional security outfit named Amotekun while Hisbah outfit exists in some parts of the North.