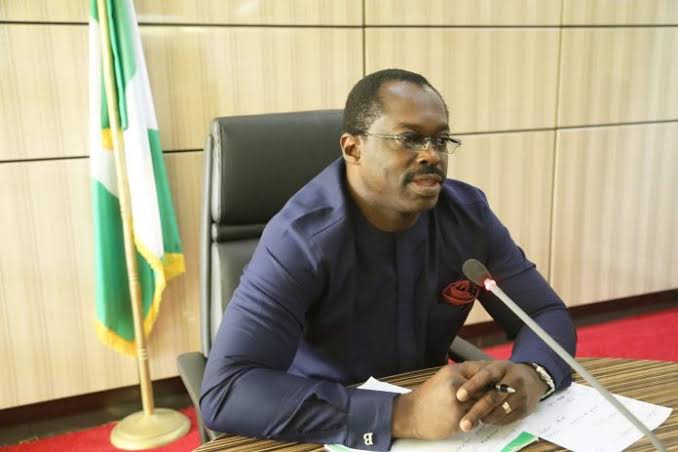 CHRIS Ngige, Nigeria’s Minister of Labour and Employment said the suspended management staff of the Nigeria Social Insurance Trust Fund (NSITF) were involved in embezzlement of public fund to the tune of N3.4 billion.

Ngige said this in a statement signed by Charles Akpan, the Deputy Director, Press and Publicity at the Ministry of Labour and Employment on Saturday.

Akpan in the statement said that preliminary investigations had shown that the suspended members of management of NSTIF were involved in various financial infractions.

He disclosed that the ministry uncovered a scam of about N3.4 billion spent on non-existent staff training split into about 196 different consultancy contracts in order to evade the Ministerial Tenders Board and Federal Executive Council (FEC) approval.

“Same goes for projects of construction of 14 Zonal/Regional Offices in 14 states running into billions of naira – a policy issue being done without Board or Ministerial knowledge not to talk of approval.”

“This was done in 2019 by the MD and his three-man Executive. Some of the projects are duplication and hence waste of funds, yet you are in the Board supposedly supervising.”

Responding to claims by the Nigeria Employers’ Consultative Association (NECA) on the illegality of the sack of the management team, Akpan said ‘due process was followed’ by the Federal Government in arriving at the suspension order.

He insisted that the minister acted in line with the Constitution, Public Service Rules and NSITF Act.

It would be recalled that NECA made the claim in a letter signed by Timothy Olawale, it’s Director-General,  and addressed to the Minister of Labour and Employment.

In the said letter, Olawale referred to the presidential procedure released by the Secretary to Government of the Federation, put in place to stem the arbitrary removal of Chief Executives of government and to ensure stability in the system.

But the Ministry’s spokesperson insisted that NECA did not have the full facts of the matter and was not aware that the Secretary to Government of the Federation  conveyed the Presidential approval to the Minister of Labour and Employment for full implementation.

He said: “If a minister observes there are financial breaches earlier reported and gross misconduct he does not need to go back to a Board that has been complaining to the same Minister.

“We hope that NECA does not expect the minister to fold his hands like his predecessor who watched helplessly when the last Board Chair in cahoot with the two NECA representatives, MD and officials looted N48 billion from the Fund and are being tried as of date by the EFCC.

“NECA leadership should have been more restrained and responsive to the mantra of this administration like their Nigeria Labour Congress (NLC) counterparts as the NSITF is a Federal Government Parastatal operating within the realm of the Constitution, Public Service rules.”

It added that the NSITF Act has empowered the minister to recommend qualified persons to the President on appointments of chairman and some other management positions.

He noted that, however, ‘the President on the recommendation of the minister also has powers to discipline, suspend or even remove totally, depending on the circumstances of each situation’.

The ICIR reports that President Muhammadu Buhari had on Thursday, July 2 ordered the immediate and indefinite suspension of Adebayo Somefun, Chief Executive of the Nigeria Social Insurance Trust Fund (NSITF), and 11 others in the agency.

The president’s order was a result of  established prima facie infractions on the extant Financial Regulations and Procurement Act, and other acts of gross misconduct against Somefun and 11 others, a statement by Charles Akpan, Deputy Director of Press and Public Relations at the Federal Ministry of Labour and Employment said.

Advertisement
Previous article
One too many: In Abuja, sexual and gender-based violence happens frequently but perpetrators often walk free
Next article
Ad-hoc staff who served in the 2019 General Elections accuse INEC of withholding half payment