THURSDAY, Valentine Day, when many Nigerians will be celebrating lovers’ day, reporters from the International Centre for Investigative Reporting (The ICIR) will be on their ways to various states in the six geopolitical zones across the country to cover the Saturday’s presidential and the national assembly elections.

Arrangements have been concluded by The ICIR for independent coverage of the election: flights booked, accommodation booked and other logistics settled. And the most important of all, the team has secured full accreditation from the Independent National Electoral Commission (INEC).

Apart from the staff reporters, not fewer than 15 campus journalists in various higher institutions of learning in the country have volunteered to report exclusively for The ICIR during the elections.

This important assignment aligns with The ICIR’s mission to promote good governance and entrench democratic values through public interest journalism.

Therefore, expect to see critical reporting of the conduct of the election in line with The ICIR’s goal of promoting transparency and accountability through robust and objective investigative journalism.

The team has been charged not only to cover the voting process but also to uncover activities behind closed doors that may influence the outcome of the elections.

Among other things, the reporters will specifically look out for instances of underage voting, vote-buying, ballot box snatching, equipment malfunctioning and violence in the polling units.

More importantly,  The ICIR’s reporters will also report about the extraordinary moments of the elections that define the commitment of the Nigerians to democracy.

The task before members of the team is enormous but they are in high spirit. They are motivated in their belief that democracy thrives when there is independent and fearless journalism.

Saturday, Nigerians will choose their next president from a record of 73 candidates, the highest number of presidential candidates in the country’s electoral history.

But that is not the only story. A record 1,900 candidates are vying for 109 Senate seats as well as 4,663 candidates for 360 House Representatives seats.

The Executive Director of The ICIR, Dayo Ayeitan enjoined the reporting team to obey the laws of the land, and report the electoral process fairly and accurately without fear or favour.

So, it will be a hectic weekend for the team. Please, join us. Tweet at us using #iCeeiReport and #TheICIR. 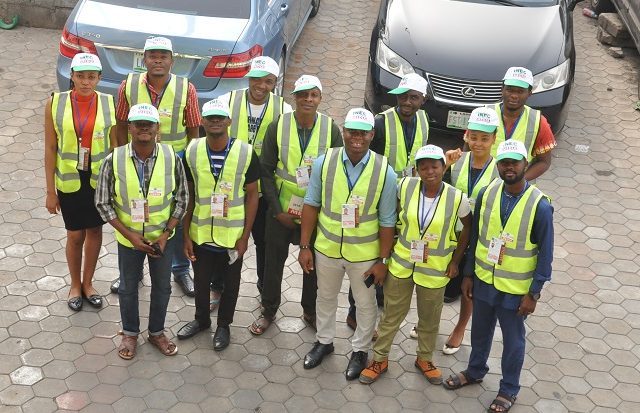 We are not partnering with NURTW to rig Ondo election – INEC