THE PLAN: How BBOG will commemorate the 4th anniversary of Chibok abduction 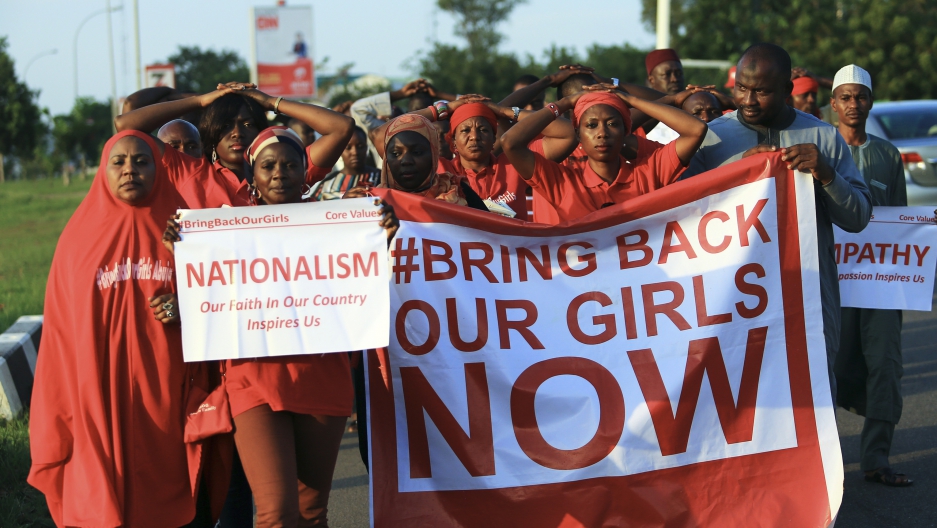 The Bring Back Our Girls (BBOG) advocacy group says if the abducted Chibok girls are not released before Saturday, it will mark the fourth anniversary of the abduction with a rally, vigil and prayers in Lagos and Abuja.

In a press statement released on Wednesday, BBOG applauded the government for the recovery of 107 Chibok girls and 106 Dapchi girls, but said it would not abdicate its demand for the rescue of school children and other Nigerian citizens still in captivity.

The group said it would mark the fourth anniversary of the abduction “by gathering with members of the Chibok community and members of BBOG from all over Lagos”.

The two-day anniversary programme will be held in Lagos and Abuja, and will feature a march, interfaith vigil, Christian and Muslim prayers, town-hall meeting, lecture by Pastor Tunde Bakare, among other activities.

The group identified with families of all victims of insurgency and appealed to all to pressurise the government in putting an end to abductions, extremism and insecurity.

Saturday April 14th, 2018 will mark the 4th anniversary of the abduction of 296 schoolgirls from Government Girls Secondary School, Chibok by Boko Haram.

While we are aware of the efforts made so far, and commend the government for the recovery of 107 Chibok girls, and 106 Dapchi girls, we will not relent in our advocacy and strident demands for the rescue of our school children and fellow citizens from captivity.

As concerned citizens of this country, the #BringBackOurGirls (BBOG) advocacy group has highlighted the plight of these innocent girls and other victims of insurgency, even at a global level and engaged the government and other agencies in a constructive manner to secure the rescue of the girls.  Our advocacy includes nearly 4 years of a daily sit-out in Abuja; weekly sit-outs in Lagos, Oshogbo, and Ibadan; visits to key local and international stakeholders; development of strategies and tools such as ‘Citizens Solutions to End Terrorism’ and the ‘Verification, Authentication and Reunification System (VARS)’.

While we remain hopeful and expectant of the imminent news of the rescue of ALL the girls, if this hope does not materialize before April 14, 2018, we will mark the 4th year of captivity for 112 Chibok Girls by gathering with members of the Chibok community and members of BBOG from all over Lagos as follows:

We empathize with the traumatized families of all the victims of insurgency, those missing, deceased, and forcibly removed from government schools where their parents thought they would be safe. We pray that many more families will be able to share in the joy of their children coming back home.

We call on national, regional and global influencers and authorities to support and pressure the Nigerian government to bring the nightmare to school abductions, violent extremism and insecurity to an end.