THREE persons sustained injuries after an explosion rocked a rally of the All Progressives Congress (APC) at Rumu-Woji playground in Port Harcourt on Thursday, January 19.

The ICIR gathered that two of the injured persons are women.

The victims were rushed to the hospital for medical attention.

Although the cause of the explosion is yet to be determined, it was gathered that there was an altercation between youths of the community and APC officials over access to the playground.

An eyewitness who did not wish to be named explained that the explosion came with a loud bang.

“The party officials had altercation with the youths of the community over access to the venue of the rally before the explosion occurred,” the eyewitness added.

The Publicity Secretary of the APC in Rivers State Darlington Nwauju confirmed the incident, which he described as unfortunate. 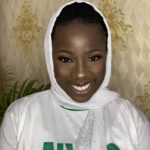