Dispatches From North East
By Editorial On Apr 18, 2016 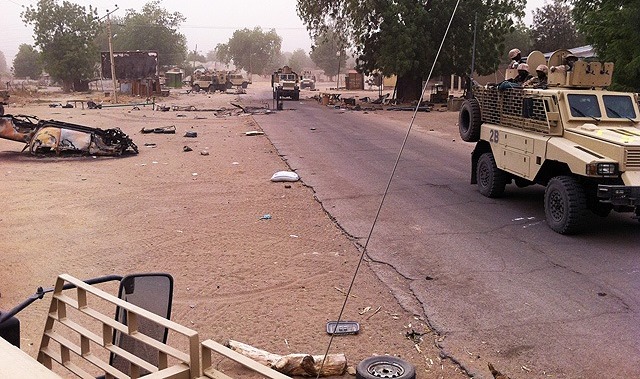 Nigerian troops in Borno State are currently engaged in a shootout with members of Boko Haram insurgents, the army has announced.

According to army spokesperson, Sani Usman, the insurgents had attacked troops of 113 Battalion at Kareto, northern Borno State, in the early hours of Monday.

The attack by the insurgents could be in response to successful and impromptu raids and attacks by soldiers, which have further dealt heavy blows to those in hiding.

Over the weekend, soldiers on a clearance patrol to Borgozo-Alargano general area discovered large cache of arms and ammunitions concealed by. These included 36 boxes of .51mm calibre, 5 x 20 Lyra beefcake mixture of 7.62mm (NATO) ammunition, large quantity of 7.62mm (Special), ammunition and one 81mm mortar tube.