Dispatches From North East
By Editorial On May 2, 2016 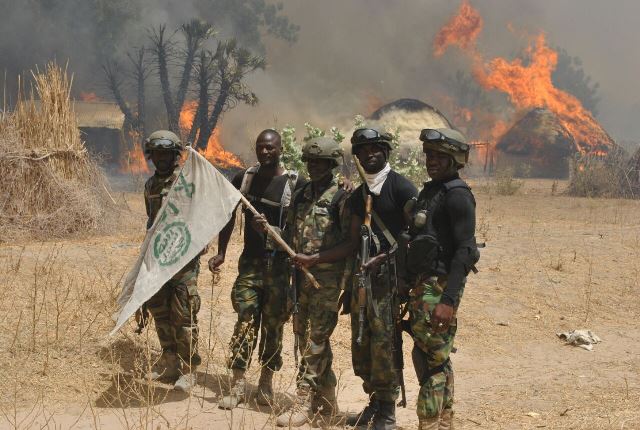 The Nigerian Army on Monday announced the rescue of 400 persons held captive by Boko Haram insurgents and the killing of three members of the group and capture of nine others in four Borno villages.

The army said the arrested insurgents were trying to evade arrest by hiding in fox holes.

Army spokesperson, Sani Usman, in a statement said the operations were carried out by troops of 22 Brigade Garrison n Cinga, Mallum Maja, Bosuma and Murye villages.

“Other items recovered include one tricycle, 4 x Tiger Generators and one solar panel. The troops also recovered 300 herds of cattle rustled by the Boko Haram terrorists from Fulani herdsmen and handed over to their rightful owners,” the statement read.

It added that troops’ morale remains high, as no casualty was sustained.