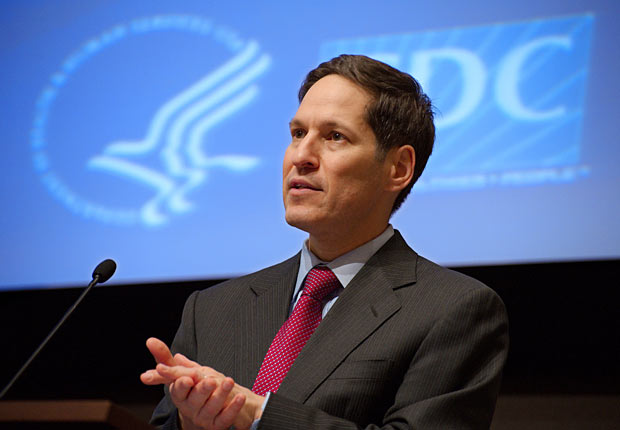 The United States says it has no plans to travelers from countries in West Africa suffering the worst Ebola outbreak on record.

Director of the U.S. Center for Disease Control and Prevention, Thomas Frieden, who announced this in a briefing said enhanced airport screenings began at John F. Kennedy International in New York City over the weekend, and will expand to four others, including Atlanta’s Hartsfield-Jackson International, beginning this Thursday.

The screening assesses whether arriving passengers have a fever, the first symptom of an Ebola infection, and requires those coming directly or indirectly from Liberia, Sierra Leone or Guinea to answer questions about their contact with any Ebola patients.

However, a person can be infected with the Ebola virus but not show symptoms, however, so fever screening would not identify such a person. Thomas Eric Duncan, the first patient diagnosed with Ebola in the U.S., apparently had no fever when he landed in Dallas last month, but developed the disease days later and died last week.

Frieden said until the Ebola outbreak in West Africa is brought under control, “there is no way to get risk in the U.S. to zero.”

FUTURE News Worldwide 2022, organised by the British Council and media partners is inviting registration to...