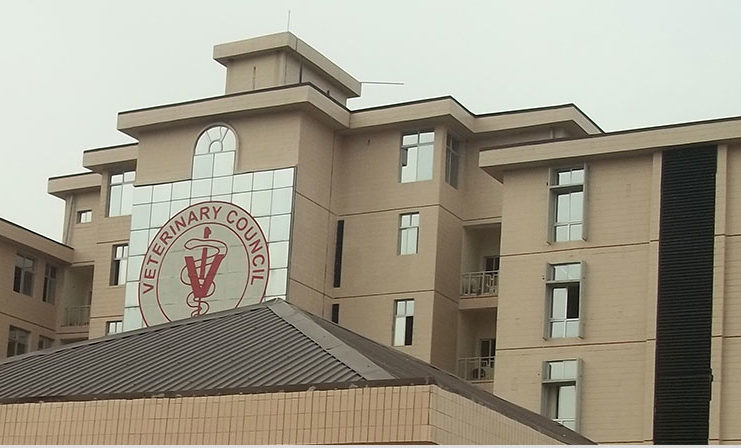 THE Veterinary Council of Nigeria failed to remit N480 million to the federal government’s coffer between 2018 and 2019, the 2019 Auditor-General report has shown.

The Council is among scores of federal government agencies exposed by the audit for contravening extant laws for managing funds generated or allocated by the government to their institutions.

The Council must provide reasons for the infractions before relevant authorities, return the funds to the government treasury, or face sanctions; the Auditor-General for the Federation, Adolphus Aghughu, who supervised the audit, said.

In addition to the sanctions, the audit lampooned the Councils management for letting the nation lose the funds.

Aghughu signed the audit report titled, ‘Auditor-General for the Federation’s Annual Report on Non-compliance/Internal Control Weaknesses Issues in Ministries, Departments and Agencies (MDAs) of the Federal Government of Nigeria for the Year Ended December 31 2019.’

The ICIR had reported how the Nigerian Customs Service failed to remit N125 billion into the Federation’s Account and how heads of MDAs could not account for N377 billion and another $100,000.

Besides, this newspaper reported how the House of Representatives could not account for N2.5 billion running cost and how theft and illegal arms sales to criminals contribute to missing 178,459 ammunitions in the country’s Police Force.

President Muhammadu Buhari touted fighting against corruption while campaigning to be president in 2015.

But his presidency has been characterised by several cases of corruption and abuse of power.

Little surprise, Transparency International (TI) ranked Nigeria 149 among 183 countries in its Corruption Perception Index (CPI) in 2020, a dip from 146 among 180 countries in the previous year.

In January 2019, former Chairman of the ruling All Progressives Congress (APC) Adams Oshiomhole told Nigerians that the party forgives sins of anyone who becomes its member unconditionally.

Veterinary Council of Nigeria is one of the fairly small agencies of the Nigerian government.

According to the audit, infractions by the Council include:

The audit accused the Council of making irregular payments to its multi-purpose cooperative society and paying allowance without approval.

Unretired cash advance amounted to N7.3 million. The fund consists of 24 imprests granted to the Council’s Acting Registrar between January 2018 and December 2019.

The audit said that the Council did not retire the fund as of the periodic checks in 2020.

The Council did reimbursements monthly instead of quarterly as required by extant regulations.

The approved imprests were in excess of N200,000 required by extant regulations, and in some cases, the approvals were as high as N500,000 in violation of extant laws.

The Council failed to remit N1.16 million as one per cent stamp duty to the federation account.

It made 35 payment vouchers for N116.7 million to contractors between 2018 and 2019 for capital expenditure but failed to deduct the stamp duty totalling N1.16 million.

The audit accused the Council of not deducting the withholding tax and value-added tax of over N13 million from the N116.7 it paid to contractors through 35 vouchers.

According to the audit, the Council made irregular payments to the staff of its multi-purpose cooperative society to the tune of nearly N7.2 million in contravention of extant laws.

Besides, the Council paid allowances to the principal officers of the College of Veterinary Surgeons, totalling N10.7 million without approval.

The audit said there was no evidence of approval by the minister and other relevant government agencies for such payments.

Another accusation against the Council was the non-remittance of N113.3 million internally-generated revenue to the Consolidated Revenue Fund.

The audit showed that the Council generated N140.6 million from January 2018 to December 2019, but it remitted only N27.3 million to the Consolidated Revenue Fund.

Similarly, the Council did not remit 80 per cent operational surplus to the Consolidated Revenue Fund as required by the law. The unremitted amount was N36.1 million.

The operating surplus was N45.1 million. The audit showed that the Council should have remitted N36.1 of the fund to the government.

Another query for the Council by the audit was non-collection of government revenue from rent of the Council’s property, totalling N137.4 million.

The Council did not remit another N46 million revenue it generated between April 2014 and May 2019 as rental income from the use of its office building.

“The above amount was generated through a first generation bank, and there was no evidence to show that the Council remit the amount generated to the CRF as required by extant regulations.”

The audit added that the Council engaged in unauthorised expenditure from its internally generated revenue to the tune of N109.3 within the two years covered by the audit. There was no evidence of appropriation for spending the fund.

Meanwhile, the auditor has mandated that the organisation refund the government, among other directives.