Accra is congested, but should Ghana relocate its capital like Nigeria did?

The website have uploaded dockets of All Progressives Congress (APC) presidential candidate Tinubu’s drug money forfeiture case files in the United States (US).

The files from 1993 recently became awash on social media.

In its tweet, PlainSite.org announced that an increase in traffic on its site by visitors were drawn to Tinubu’s money laundering files which eclipsed interest in Elon Musk’s lawsuit.

However, The ICIR could not independently verify the claims but checks reveal that it had a total of 63,222 views as of July 19.

Based on traffic to PlainSite over the past week, Nigeria's interest in Bola Tinubu's money laundering past dwarfs global interest in Elon Musk. https://t.co/XSx9hr6CCo

PlainSite.org is a website that posts court documents and thus makes criminal records and case dockets on individuals or entities easier to find.

The website is run by California-based software developer Aaron Greenspan.

In July 1993, when Tinubu briefly served as a senator, the US government filed a forfeiture lawsuit in Chicago against bank accounts in his name.

It was alleged, there was “probable cause” to believe they held the proceeds of heroin dealing. 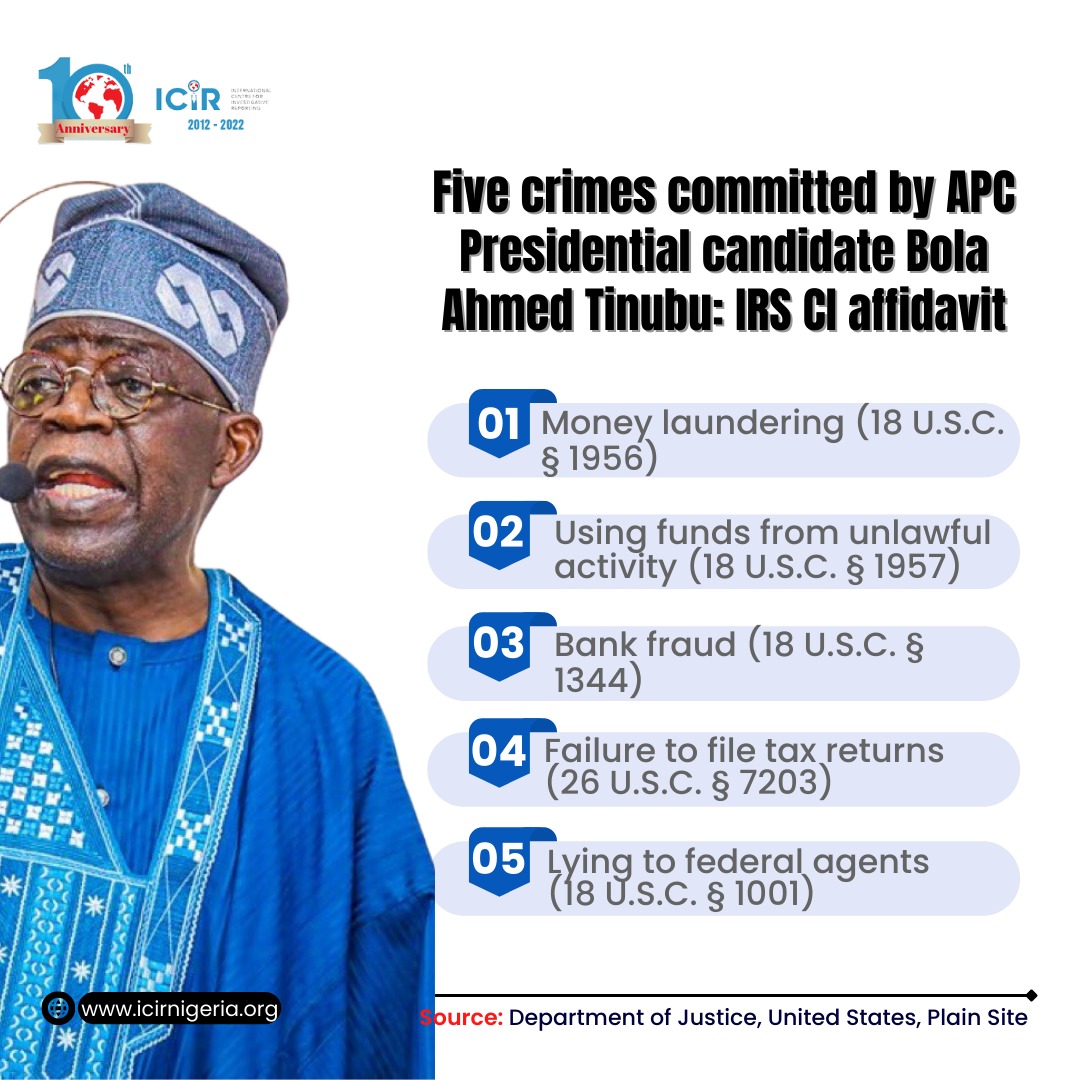 The case followed a probe by the Internal Revenue Service (IRS) and other agencies into a trafficking network involving Nigerian suppliers.

The IRS secured warrants in January 1992 to seize almost $2 million, according to court filings.

Tinubu settled out of court in September 1993, agreeing to give up $460,000 to the US government in exchange for the release of the rest of the money.

Tinubu wasn’t indicted over the matter.

There are over 14 million court dockets on PlainSite. Google adsense revealed the only docket that reportedly has a problem which is the first time since 2011 on its website involves Bola Tinubu.

There are over 14 million court dockets on PlainSite. According to Google, the only one that reportedly has a problem—the first since 2011—involves Bola Tinubu. pic.twitter.com/3BZvk9ef02

PlainSite uploaded dockets of Tinubu’s drug money forfeiture case file and in very short order, which were falsely reported to Google by unknown persons for ‘malicious software”, the website stated.