VIDEO: Everything Osinbajo told journalists about his visit to Buhari 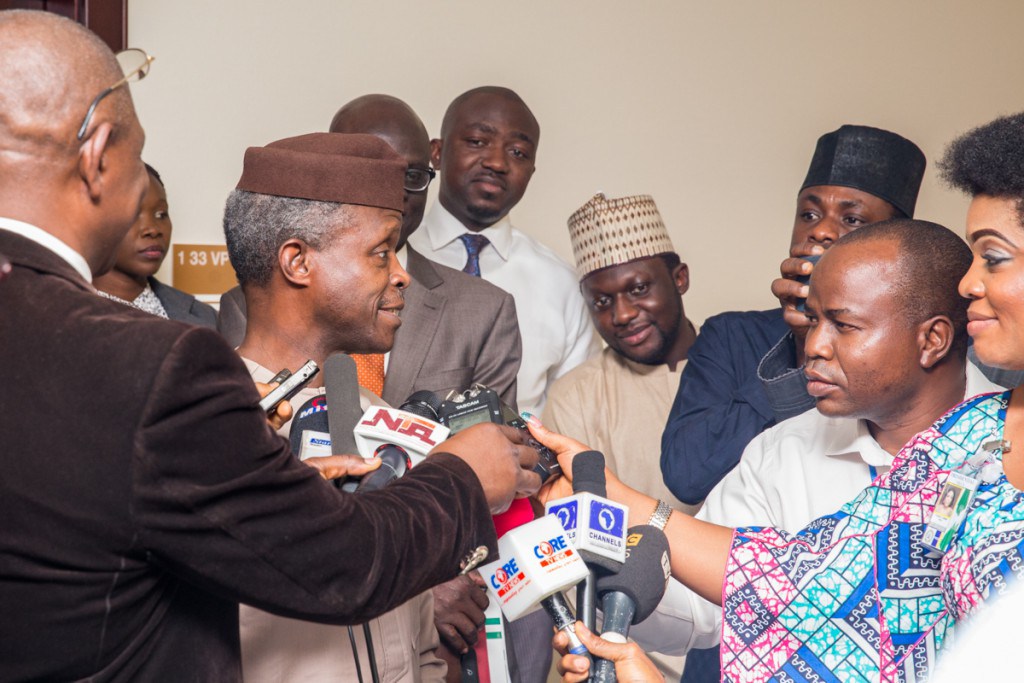 Osinbajo was en route to that meeting when he was cornered by State House correspondents, who were literally lurking in a corner waiting for feedback on his London trip.

Find out all Osinbajo told them in this video:

Chat us on WhatsApp
Advertisement
Previous articleFalana to Oyegun: APC promised us restructuring… Read your election manifesto again
Next articleWe played a limited role in the spending of Abacha loot, says World Bank