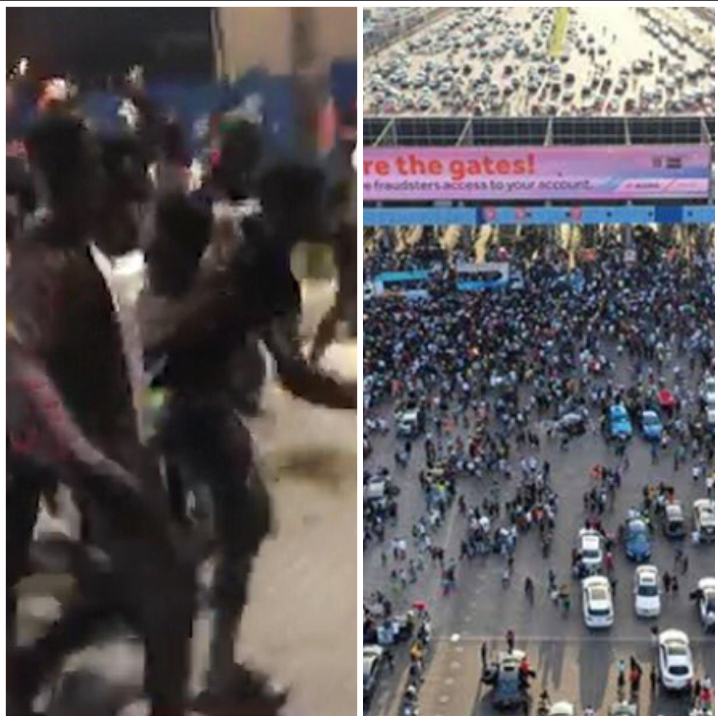 ON Tuesday evening at the Lekki Tollgate in Lagos State, some #ENDSARS protesters were shot by men in Military uniform while protesting against police brutality and other injustices meted out to Nigerians.

As at the time of filing this report, there are no specific figures as to how many Nigerians were killed in what some have described as a ‘massacre’ in the elite axis of Lagos state, however, The ICIR can confirm that there are more than twenty persons in the hospital due to gunshot wounds and others.

Following the tragic incidence, the question being asked by many Nigerians is; Who killed and shot peaceful protesters in Lekki?

The shooters were evidently seen in military uniform according to videos that surfaced on social media, some are of the opinion that they are soldiers of the Nigerian Army, but the Army Headquarters has denied its involvement in the shooting.

The Nigerian Army authorities have tweeted that the report about the attack on Lekki protesters is fake news.

Text message and calls to Sagir Musa, the Nigerian Army Spokesperson, have not been replied as at the time of filing this report.

The Nigeria Police Force, Lagos Command saddled with the responsibility of protecting lives and properties in the state has also not made a statement about the occurrence.

When The ICIR contacted Muyiwa Adejobi, the Lagos Police spokesperson, he declined to comment.

“I can’t speak on it right now, the command would make a statement on the incidence as at when due,” Adejobi told The ICIR.

Babjide Sanwo-Olu, the governor of Lagos state in his initial speech said ‘forces beyond the direct control’ of the government was responsible for the incidence.

“This is the toughest night of our lives as forces beyond our direct control have moved to make dark notes in our history, but we will face it and come out stronger,” Sanwo-Olu said.

The ICIR sent a text message to Gbenga Omotosho, the Lagos State Commissioner for Information, asking for clarification on what or who the governor was referring to as ‘forces beyond our direct control’. There has been no response yet.

However, before the incidence, while Sanwo-Olu was giving the directive for a 24-hour curfew in the state he had said the curfew is meant for security operatives to ‘restore order to the state’.

“This curfew will allow security officials to immediately restore order to the state, arrest thugs and miscreants that have disrupted the peace,” his statement read in part.

The Federal government, the Lagos State government, Nigerian Army and the Nigeria Police Force have been unable to identify or tell Nigerians who killed and shot at Lekki peaceful protesters.