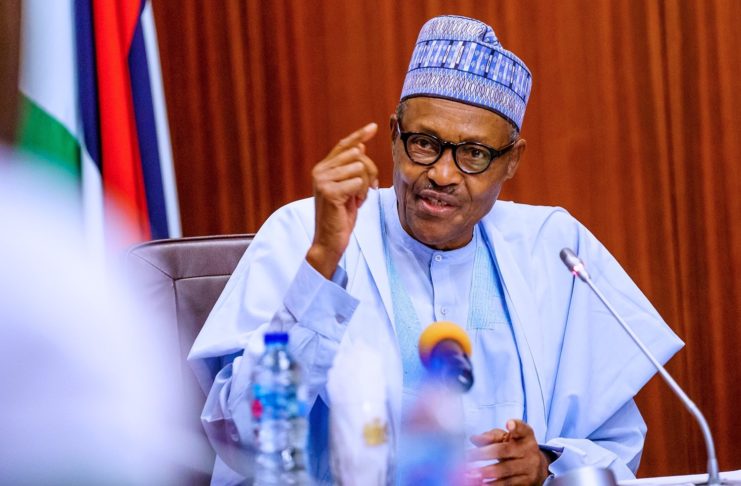 A LETTER written by Nigerian President Muhammadu Buhari to the National Assembly explained that the inclusion of a provision for compulsory adoption of the direct primary model was the reason he did not sign Electoral Act Amendment Bill 2021 into law.

Buhari has declined assent to the bill which was transmitted to him by the National Assembly on November 19 – the fifth time he is refusing to sign amendments to the Electoral Act into law.

Buhari’s letter was read at plenary sessions in the Senate and House of Representatives on December 21.

Among the objectives of the bill is the amendment of the present Section 87 of the Electoral Act 2010 to expunge the provision for the conduct of indirect primaries in the nomination of party candidates, so that henceforth candidates can only emerge through direct primaries.

In the letter titled ‘Withholding of assent to Electoral Act (Amendment) Bill 2021,’ Buhari said he received advice from relevant ministries, departments and agencies of the Federal Government and also carefully reviewed the electoral bill in the light of the current realities in the country.

“Arising from the review, you may wish to note that the conduct of elections for the nomination of party candidates solely via direct primaries as envisaged by the Electoral Act (Amendment) Bill 2021 has serious adverse legal, financial, economic and security consequences which cannot be accommodated at the moment considering our nation’s peculiarities,” the president said.

According to Buhari, compulsory adoption of the direct primary model has implications on the rights of citizens to participate in the government, as envisaged by the constitution.

“The addition of these costs with the already huge cost of conducting general elections will inevitably lead to huge financial burden on both the political parties, INEC and the economy in general at a time of dwindling revenues.

“The indirect consequences of the issues of high cost and monetisation are that it will raise financial crimes and constitute further strain on the economy. It will also stifle smaller parties without the enormous resources required to mobilise all party members for the primaries.

“This is not healthy for the sustenance of multi-party democracy in Nigeria.”

The president added, “In addition to increased costs identified above, conducting and monitoring primary elections across 8,809 wards will pose huge security challenges as the security agencies will also be overstretched, direct primaries will be open to participation from all and sundry and such large turn-out without effective security coordination will also engender intimidation and disruptions, thereby raising credibility issues for the outcomes of such elections.”

Buhari further stressed that the electoral bill passed by the National Assembly violated the underlying spirit of democracy characterised by freedom of choices.

Arguing that political party membership was a voluntary exercise of the constitutional right to freedom of association, the president noted that several millions of Nigerians were not card-carrying members of any political party.

According to him, the emphasis should be on enabling qualified Nigerians to vote for the candidate of their choice during general elections as a means of participation in governance and furtherance of the concept of universal adult suffrage or universal franchise.

Further picking holes in the electoral bill, Buhari said the proposed legislation was likely to give rise to plethora of litigations based on diverse grounds and issues of law, including but not limited to the fact that the proposed amendment would not work in retrospect given that the existing constitution of the parties already registered with the Independent National Electoral Commission (INEC) permitted direct, indirect and consensus primaries.

“This real possibility, will, without doubt, truncate the electoral program of the nation as another electoral exercise is imminent towards a change of government in 2023.”

Disagreeing with civil society organisations (CSOs) arguing that direct primaries would whittle down the role of money in the country’s political system, Buhari said the provision would further aggravate the issue of ‘money politics’ in Nigeria.

He suggested that the direct primaries could escalate corruption and abuse of office.

Buhari said, “Nigeria is at the moment still grappling with the issues of monetisation of the political process and vote buying at both party and general elections.

“The direct implication of institutionalising only direct primaries is the aggravation of over-monetisation of the process as there will be much more people a contestant needs to reach out to, thereby further fuelling corruption and abuse of office by incumbent contestants who may resort to public resources to satisfy the increased demands and logistics of winning party primaries.”

The president added that direct primaries were susceptible to manipulation as most parties could not boast of reliable and verified membership register or valid means of identification.

According to him, the situation meant non-members would be recruited to vote by wealthy contestants to influence the outcome.

Further discrediting the direct primary model, Buhari observed that rival parties could also conspire and mobilise people to vote against a good or popular candidate in a party during its primaries just to pave the way for their own candidates.

“Whereas where voting is done by accredited delegates during indirect primaries, the above irregularities are not possible,” he said.

Stating his conclusions after reviewing the merits and demerits of the direct primary model, Buhari noted that besides its serious adverse legal, financial, economic and security consequences, the limitation or restriction of the nomination procedures available to political parties and their members constituted an affront to the right to freedom of association.

“More so, direct primaries are not free from manipulations and do not particularly guarantee the emergence of the will of the people especially in circumstances like ours where it is near impossible to sustain a workable implementation framework or structure thereof,” he said.

Concluding, Buhari declared, “In the premise of the above, I hereby signify to the National Assembly that I am constrained to withhold assent to the Electoral Act (Amendment) Bill 2021 in line with the provisions of Section 58(1) & (4) of the 1999 Constitution (as amended).

“It is my considered position that the political parties should be allowed to freely exercise right of choice in deciding which of direct or indirect primaries to adopt in the conduct of their primary elections as their respective realities may permit.”

But the letter did not give any indication that Buhari would assent to the electoral bill if the National Assembly removes the contentious provision for compulsory adoption of the direct primary model.