Why Nigeria’s political elite led by Bagudu, Ekwerenmadu others, stash N164 billion worth of properties in Dubai – Study 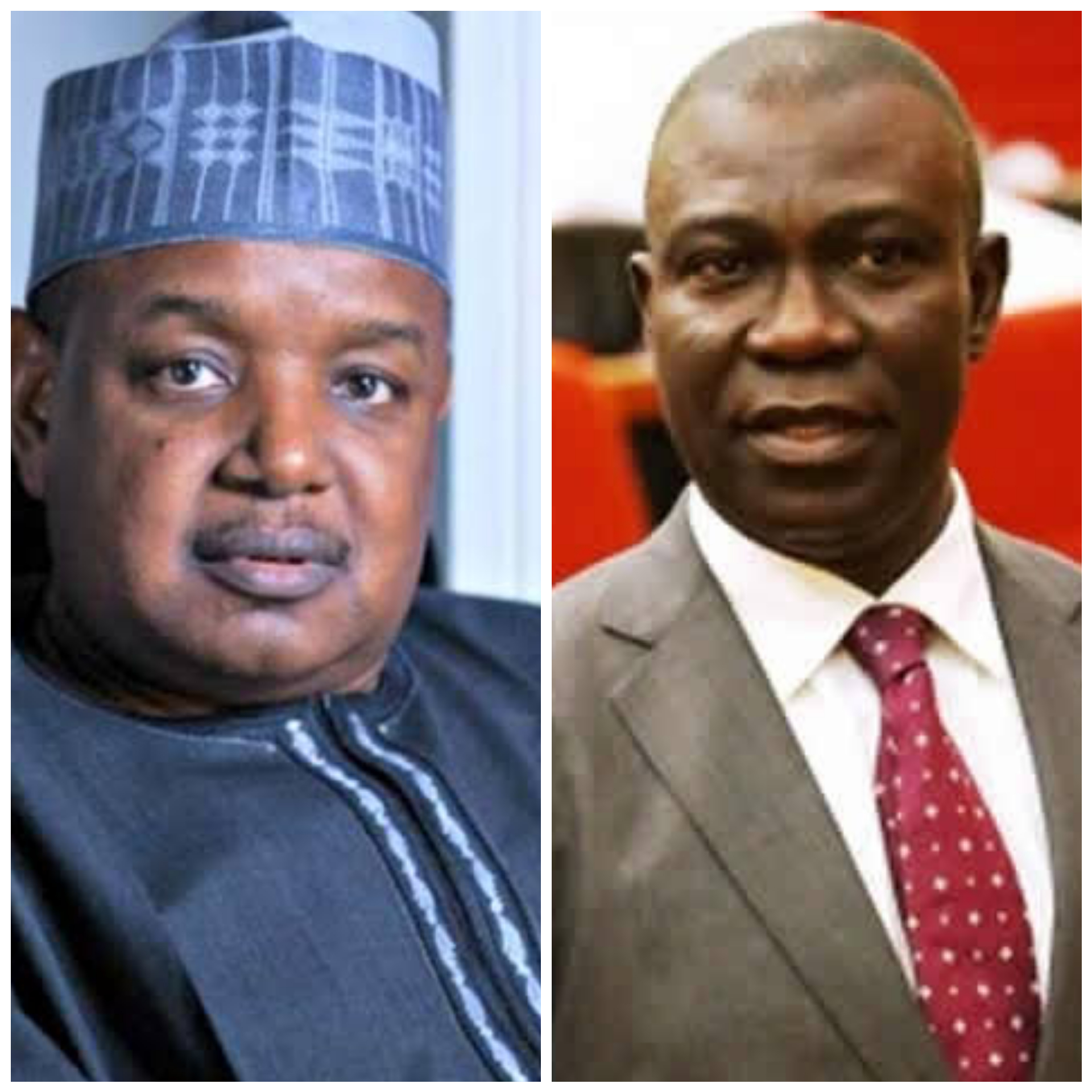 THE United Arab Emirates’s resolve to tackle high-end money laundering in its property market is under scrutiny after recent revelations that several Nigerian political office holders and their associates have found Dubai in UAE, a safe haven to acquire landed property with unexplained wealth.

The joint investigative research published by American based non-profit organisation, Carnegie Endowment for International Peace which was carried out by one of its non – resident scholars Matthew Page, revealed that the properties were worth N164 billion.

Titled “Dubai Properties” An Oasis for Nigeria’s Corrupt Political Elites”, the teport  was based on data obtained from UAE real estate and property professionals.

According to the report, many. politically exposed persons, PEP, who owned properties in Dubai cuts across different Nigeria’s major ethnic, religious and political divides.

This list includes twenty former and serving governors, seven former and serving senators, current and former heads of ministries, departments and agencies of government, commissioners and bureau de change operators, were owners of a significant number of these properties.

In 2018, the Tax Justice Network’s Financial Secrecy Index ranked Dubai as the ninth most secretive jurisdiction in the world serving as a destination for global illicit financial flows without strict financial regulation on foreign financial crimes.

According to the report, Dubai which boasts of a booming real estate market specialises in selling high-end properties to the world’s richest elites.

However, Nigeria’s PEPs are enticed by the tourist attraction to invest in real estate mainly because its property market is vulnerable to money laundering as UAE enjoys a strong banking system but weak financial regulations that promote aggressive business growth, exercises minimal oversight of corporate and property registration practices.

Other indicators identified in the study include its proximity to Nigeria.

For instance, it is easier for a Nigerian to get a UAE visa than it is for them to get a visa to the United States or the United Kingdom.

A thirty-day tourist visa to the UAE only costs N30,000 and takes about a week to process without a need for legal residency or a permit to buy property in Dubai.

The report stated that Dubai guarantees safe investment for real estate properties for not only individuals or legitimate businesses but unlawful ones as well, making it easy to buy property in and transfer money to Dubai.

The US Department of State in 2018 appraised the UAE to be a “major money laundering jurisdiction,” defined by its Foreign Assistance Act of 1961.

In its report Sandcastles, the Center for Advanced Defense Studies (now known as C4ADS) examined how seven individuals sanctioned by the United States or European countries were linked to a property in Dubai.

The study observed that if Nigeria’s PEPs continued to make Dubai an attractive conduit for illicit financial flows from Nigeria and the trend is not discontinued, it would drain government coffers, drive up borrowing, and put pressure on the economy.

At least 800 properties were found to have links to Nigerian PEPs, their family members, associates, and suspected proxies.

Until 2016 when C4ADS acquired the data of a private database of Dubai real estate information which proved to be a trove of information that revealed that Nigerian elites were getting a slice of Dubai’s real estate market with suspiciously pilfered public funds.

The 800 Dubai properties linked to Nigerian PEPs are estimated to be worth over N146 billion. This accounts for two-thirds of the Nigerian Army’s annual budget and over three times the annual budget of the country’s Independent National Electoral Commission, INEC.

It was highlighted in the study the Dubai property ownership by Nigeria’s PEPs is an indicator and not definitive proof that a particular politically exposed Nigerian possesses an unexplained wealth.

Global Financial Integrity, had estimated that illicit financial flows out of Nigeria between 2004 and 2013 were pegged at $178 billion which the study tentatively linked to the $400 million invested by Nigerians in the real estate market in Dubai.

Nigeria’s longest-serving senator and three-time deputy president of the senate, Ekweremadu is linked to eight Dubai properties, worth over $7 million.

“These include a luxury flat in Park Towers bought for $2.2 million and one in Burj Dubai purchased for $1.4 million,” the report stated.

He is also linked to at least two properties in the United Kingdom, which according to the records were purchased between 2008 and 2011 for a total of 4.2 million pound sterling in 2011.

“One of these properties, an upscale flat in central London, is registered in the name of Ekweremadu’s charitable foundation while the second, a detached house in a leafy north London suburb, is owned by a shell company registered in the British Virgin Islands,” the report said.

Ibrahim Mantu: A former deputy senate president from 2003 to 2007 under former President Olusegun Obasanjo is linked to 12 of the 800 properties which he was said to have purchased for more than $10 million through a front company, TSE Stevedoring Nigeria.

His wife and sons allegedly own 70 per cent of the company.

“Through another company, A-Z Properties, Mantu also is linked to a $600,000 flat in the Jumeirah Beach Residences while his son, Musa, is also tied to a comparable flat in the same development,” the report said.

Cecilia Ibru: The former bank managing director of Oceanic bank, her family and associates are linked to dozens of properties in Dubai in 2016. They include eight apartments in the Park Towers development acquired for a total of $4.3 million, a flat in Dubai Marina now worth about $500,000, and four commercial properties.

She also laundered $1.2 billion in stolen cash and assets forfeited to the Federal Government of Nigeria following her plea bargain with the Economic and Financial Crimes Commission (EFCC), Nigeria’s anti-graft agency, after she pleaded guilty to three of 25-count of fraud brought against her.

The forfeited assets had included 12 homes in the United States; four homes in South Africa, 28 shop fronts and seven residences in Dubai; 41 properties in Lagos, and eight houses in Abuja, Nigeria’s capital city.

Bagudu is said to be linked to eight properties on the twelfth floor of Dubai’s capital bay towers development. The properties are said to worth more than $4.8 million.

He is associated with some of the recoveries of monies stashed abroad by Abacha. Currently, incumbent Kebbi State governor he had helped Abacha to embezzle billions of dollars from government coffers in the mid to late 1990s, according to U.S. court filings.

He has, however, continued to deny all corruption allegations against him.

However, a 1998 Nigerian government investigative panel described how Bagudu and his accomplices siphoned these funds.

Nigeria was reported to be committed to a deal that would give Bagudu about $100 million from funds recovered from his erstwhile boss, Abacha, a report by Bloomberg, which cited court documents, has revealed.

Recommendations of the study

In 2018, Nigeria and the UAE endorsed bilateral agreements increasing judicial and law enforcement cooperation on criminal and asset recovery cases. However, Nigeria’s anticorruption agencies have been disappointed with the level of information sharing and investigative support they’ve received from the UAE, according to the study.

It was recommended that law enforcement agencies could redirect their attention toward deterring PEPs’ illicit acquisition of Dubai property.

“The Central Bank and Nigerian Financial Intelligence Unit could inaugurate an interagency investigative “tiger team” tasked with scrutinizing the last ten years’ worth of financial transfers between Nigeria and Dubai, flagging suspicious transactions that may have been ignored or previously overlooked,” the report said.

It was also advised that the country’s apex bank increase its scrutiny, fines for banks and currency exchanges failing to report transactions involving PEPs, as required by law.

“The Economic and Financial Crimes Commission, EFCC, should focus their investigative time and resources on individuals and companies operating in Nigeria that facilitate PEPs’ Dubai property purchases or play a middleman role in executing transactions,” the report has stated.

Chat us on WhatsApp
Advertisement
Previous articleBreaking: Confirmed COVID-19 cases now 30 in Nigeria
Next articleUBA magt yet to respond to legal suit filed by 116 retrenched staff