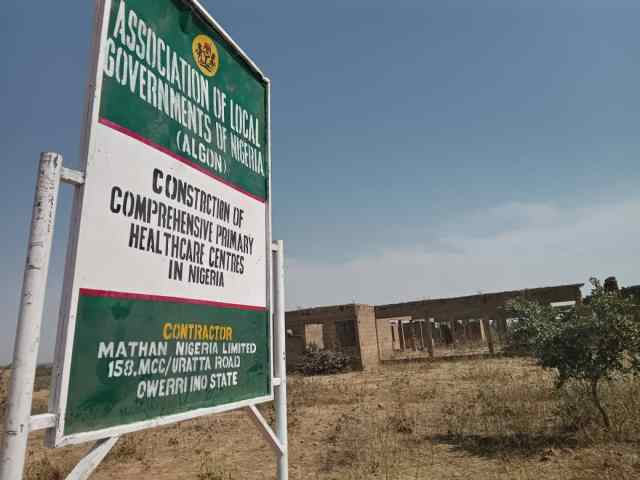 From prison to freedom: How a firm is helping detainees get justice

Work has resumed on an abandoned healthcare project in Kunchi Local Government Area of Kano State by the Association of Local Governments of Nigeria (ALGON) after an investigation funded by the International Centre for Investigative Reporting (ICIR).

The investigative report, funded by The ICIR, was done by Metro Daily Nigeria.

The report, published in November 2020, showed that over 100 women died annually during childbirth in Garun Sheme District, Kunchi LGA of Kano State, due to lack of functional healthcare facilities.

The abandoned project came back to life last Saturday after a new contractor, to whom ALGON re-awarded the project, visited Garun Sheme to clear the site for completion of the project.

The District Head, of Garun Sheme Haruna Abubakar, who spoke on the development, expressed profound gratitude to Metro Daily Nigeria, the John D. And Catherine T. MacArthur Foundation, and The ICIR for their efforts.

He said, “We are happy to see work return on this site after over 13 years without any hope.

“We have nothing to say to you and the sponsors of the investigation but thank you.

*We would ensure the contractor completes the project this time around and accords him every needed support on our parts as a community.

“The completion of this project will no doubt alleviate our sufferings in terms of access to quality healthcare services,” he said.

The contractor Hassan Auwal Sky said his firm was awarded the contract by ALGON to complete the project.

The 27 – room hospital and a doctors’ residential quarters have been left uncompleted since 2009 by the then contractor, Trustcon Nigeria Limited.

The investigation, supported by the John D. And Catherine T. MacArthur Foundation and the International Centre for Investigative Reporting (ICIR), discovered that the project, awarded sometime in 2007, was abandoned two years later and was not completed for over 13 years.