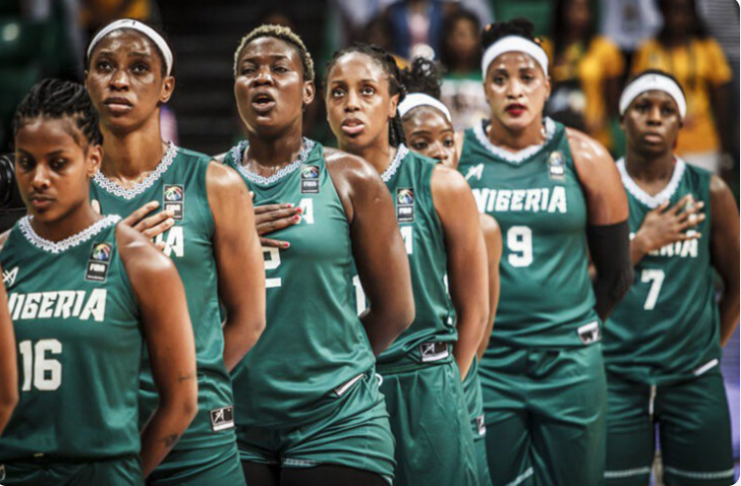 MEMBERS of Nigeria’s women basketball team, D’Tigress, have again expressed their displeasure over the ban placed on the sport by the Nigerian government, which they say is as a result of corruption and greed on the part of certain “leaders”.

This is coming after the sport’s world governing body, FIBA, invited Mali to replace Nigeria at the 2022 Women’s Basketball World Cup set to be played in Australia in September and October, following Nigeria’s decision to withdraw from international basketball for two years.

Mali is the next best-ranked team from Group B of February’s qualifying tournament held in Serbia.

“We are saddened by the forced withdrawal of @DtigressNG from the World Cup. We hope someday Nigeria will be led by a government without corruption and greed. The future of Nigeria basketball is extremely bright and we are being held back by our leaders,” the team stated via twitter.

The team added that the success of Nigeria as “the best basketball country in Africa” can be credited to “players and staff who put their blood, sweat, and tears into their work,” and not the Nigerian Government that imposed the ban.

FIBA said in a statement that Nigeria’s withdrawal was in breach of Article 9.7 of its General Statutes, which states: “National member federations shall manage their affairs independently and with no influence from third parties”.

Article 10.2 of the FIBA Statutes added that on the initiative of the Secretary-General, FIBA Central Board may suspend a national member federation for the breach of Article 9.7.

It further explained that the decision to replace Nigeria with Mali was “to ensure the successful staging of a major international event and to protect the integrity of the competition”.

“It has become clear that given the circumstances created by the government’s decision, the NBBF is unable to confirm its participation in the Fiba Women’s Basketball World Cup 2022.

“FIBA will announce whether there will be any other decisions related to the NBBF’s participation in other FIBA competitions and any potential disciplinary measures in due course,” the statement concluded.

The problems began in 2017 when the then-incumbent Musa Kida and Tijani Umar emerged as leaders of two factions claiming control of the NBBF after two separate elections.

Issues have continued despite Kida being re-elected as NBBF President in January, a result which was ratified by FIBA in March.

The Nigerian male basketball national team, D’Tigers, have also condemned the ban placed on the sport by the Federal Government.