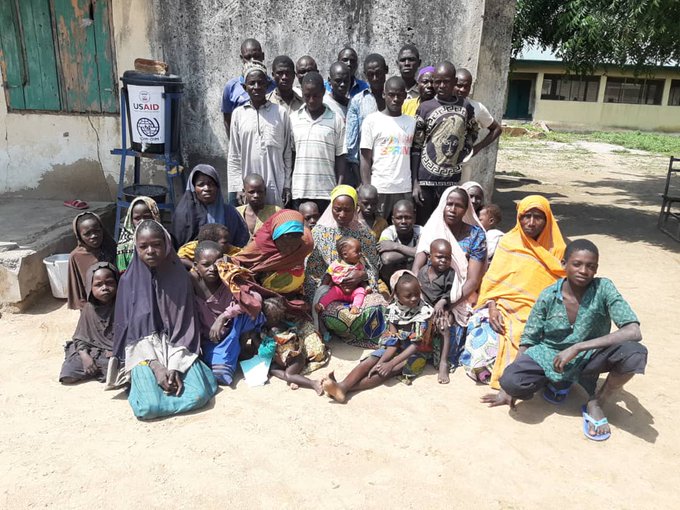 THE Nigerian Defense Headquarters says 13 suspected Boko Haram terrorists and their families have surrendered to the troops in Borno State.

The DHQ in a series of tweets on it’s official Twitter handle on Sunday said the suspected terrorists comprising six women and 17 children from Kodila village surrendered to troops of the Operation Lafiya Dole in the state.

“Sequel to sustained aerial bombardment and aggressive intensive clearance operation by troops of Operation LAFIYA DOLE in the North East,” the DHQ statement on Twitter read.

“The 13 suspected BHT alongside six women and 17 children from Kodila village have surrendered to troops of 151 Task Force Battalion at Banki Junction in Bama Local Government Area of Borno State.”

The statement added that the suspects and their family members who surrendered on Saturday, September 26, have been receiving medical attention at the 21 Special Armoured Brigade Medical Centre.

“The suspects are currently undergoing thorough profiling and investigation in line with global best practice in handling such cases,” the defense stated.

The ICIR reported that John Enenche, Coordinator Defence Media Operations, Defence Headquarters, on Thursday disclosed that a top Boko Haram Commander alongside his four wives surrendered to the troops of Operation Lafiya Dole.

Enenche did not supply additional information about the terrorist and his wives but however, said the success was recorded as a result of actionable intelligence by the troops.