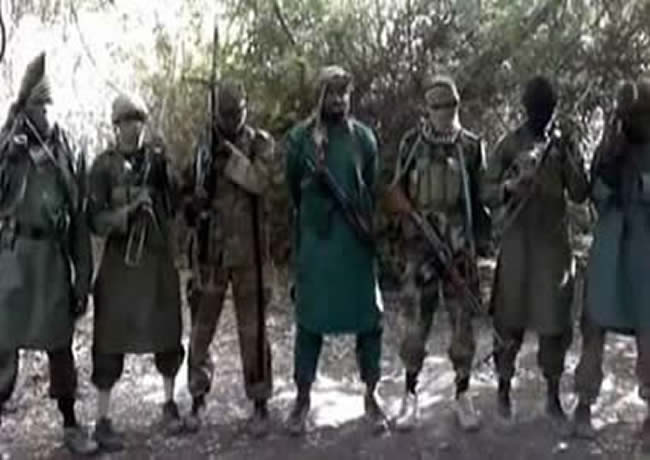 A nurse and a prison guard were killed Sunday morning when an unknown gang of gunmen suspected to be members of the Boko Haram sect invaded the hilly town of Gwoza, in Borno State.

Those killed have been identified as Alabeji Ahmadu, a nurse at the general hospital and Abba Sastawa, a prison guard.

According to eyewitness account, the gunmen arrived the town in a Golf Volkswagen vehicle and two motorcycles at about 4.45am Sunday morning, shooting indiscriminately in all directions. The nurse was hit by a bullet that eventually killed her, while Sastawa’s throat was slit open.

With more shootings and chants of “Allahu Akbar” which means “God is Great”, the gunmen escaped towards Kurana Bassa village which leads to Gwoza Hills, where some of them are believed to have been hiding since the declaration of state of emergency in the state.

A commercial driver, Isa Haruna, who fled to Maiduguri yesterday, told journalists at the Bama Motor Park that the sound of gunshots kept him and his family awake throughout the night and prompted his relocation to Maiduguri the state capital.

“We could not sleep throughout the night of Saturday, as the gunmen continue to shoot sporadically for over four hours…some of our children are crying that they are to be shot also…this forced me to relocate and flee this morning to Maiduguri with nine of my family members, including six children,” he said.

He said further that because of the incessant attacks and killings in Gwoza town and villages of Pulka, Kwatara, Barawa and of recent Kirawa, a border town with Cameroon, where 20 people were killed on a market day of last Saturday, residents of Gwoza are fleeing to neighbouring towns of Madagali and Michika in Adamawa state.

“We cannot return to our residences in Gwoza council area, until the security of our life and properties are guaranteed by soldiers, because even the policemen in our area are not spared by the insurgents, whenever they attack our communities and wards in Gwoza,” he said.

It was impossible to get official confirmation of the killing, but a senior police officer told journalists that two residents were shot dead by armed hoodlums in Gwoza town, while three other people sustained injuries, in an attempt to flee their attacked residences.