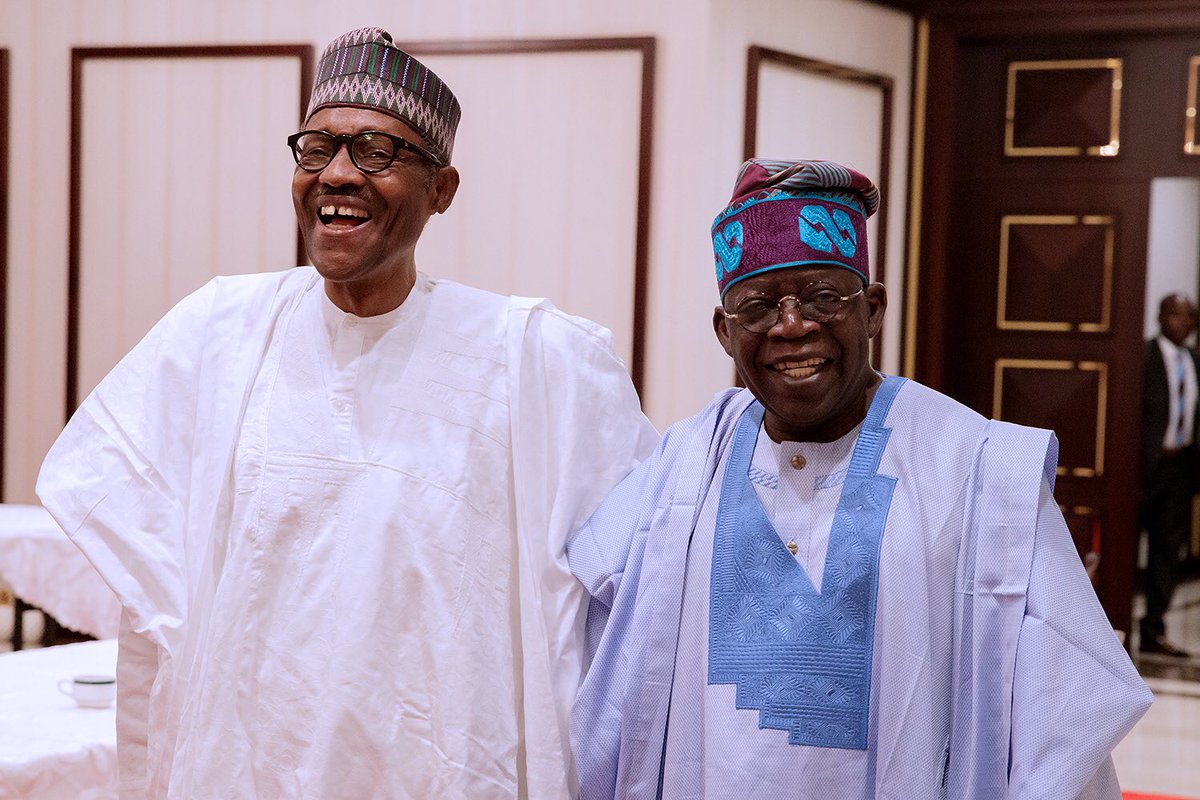 PRESIDENT Muhammadu Buhari has emerged as Chairman of the Bola Tinubu presidential campaign council for the 2023 election, while Vice-President Yemi Osinbajo’s name has been excluded from the list.

Also missing from the list are a former Speaker of the House Of Representatives, Yakubu Dogara; a former secretary to the government of the federation, Babachir Lawal; and a former minister of state for Education, Chukwuemeka Nwajiuba.

Also conspicuously missing from the list is a former minister of Communication, Adebayo Shittu, who has been campaigning for Tinubu.

Some of those on the list are John Odigie-Oyegun, Bisi Akande, Olusegun Osoba, Tanko Yakasai, Zainab Asipita Ogundana and 69 others named as campaign patrons.

The governor of Plateau State, Simon Lalong, retained his position as director-general of the campaign council, while a former Edo State governor, Adams Oshiomhole, and Bayo Onanuga are listed as the deputy director-general (operations) and director of media and publicity, respectively.

Also included in the list are the minister of Interior, Rauf Aregbesola, who was at loggerheads with Tinubu in the months leading up to the Osun governorship election, and a former minister of Transport, Rotimi Amaechi, who was listed as the Adviser, Infrastructure of the Council.

Faleke’s statement read, “All nominees are kindly advised to pick up their appointment letters from the undersigned on Monday, 26 September 2022, at 12 noon.

“The venue is Tinubu-Shettima Presidential Campaign Council on Plot 781, Herbert Macaulay Way, Central Area, Abuja. All other members will be contacted by the leaders of their respective directorates.”

According to the INEC timetable, the campaigns for Presidential and National Assembly candidates start on Wednesday, 28 September.

Chat us on WhatsApp
Advertisement
Previous articleNLC warns FG against deregistering ASUU
Next articleWike’s outbursts: Atiku facing persecution for being a democrat – Melaye