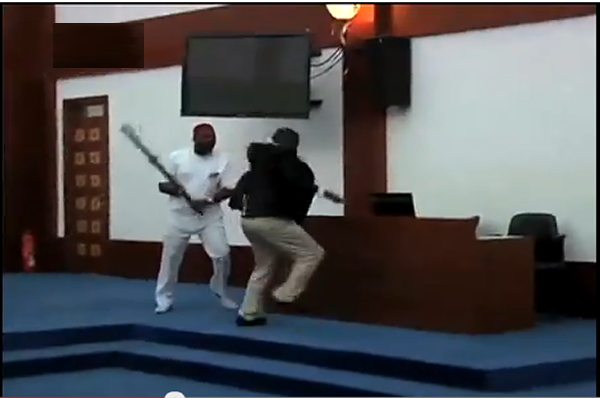 The All Progressives Congress, APC, has criticised the ruling of a Federal High Court sitting in Abuja, which quashed requests for the National Assembly to take over the functions of the Rivers House of Assembly, following the mayhem that broke out on July 9.

Justice Ahmed Mohammed restrained the Senate, its President, the House of Representatives and its Speaker from assuming the law making functions of the Rivers Assembly, a move it said is unconstitutional according to of Sections 11(4) and (5) of the 1999 Constitution.

By Sections 11(4) and (5) of the 1999 Constitution, the court rules, the Senate, its President, the House of Representatives and its Speaker “cannot assume the law making functions of the Rivers State House of Assembly, when there are no facts that the House of Assembly is unable to carry out its functions.”

Justice Mohammed held that there are no facts to prove that the Rivers Assembly is unable to carry out its functions as provided under the Constitution and upheld the argument by the plaintiffs that the House reconvened under the former Speaker and passed the state’s 2013 budget after the fracas.

The court also faulted the directive by the National Assembly to the Inspector General of Police, IGP, to redeploy the state police commissioner, noting that by the provisions of Sections 215 (2) and (3) of the Constitution, the Senate, its President, the House of Representatives and its Speaker did not have the power to direct the IGP to redeploy the River State CP or any officer under the command of the Nigeria Police Force.

However, the APC views the judgement as bizarre and alarming.

“With the Mace as well as several heads broken and the hallowed chambers desecrated by a free-for-all that was watched all around the world, what else must occur before the stipulated conditions can prevail for the National Assembly to take over the functions of the Rivers House of Assembly?” the party queried.

In view of the judgement and the dangers it portend, the interim national publicity secretary of the APC, Lai Mohammed, warned that any move to impeach the Speaker of the Rivers Assembly, Amachree Otelemaba, by 6 out of 32 members of the House will be highly resisted.

“There is no doubt that the six legislators opposed to Gov. Chibuike Amaechi will try to hide under the cover of the judgement to convene the Assembly with the sole purpose of removing the Speaker as a prelude to impeaching the State Governor…any such act will constitute an illegality and trigger a cataclysmic reaction, the end result of which no one can predict,” the party said.

It added: “’The six legislators opposed to Gov. Amaechi do not and cannot form a quorum (9 members) that will even allow the House to convene legally, not to talk of at least 20 members, representing two third majority that can constitutionally impeach the Speaker.”

The APC also urged the police and other security agencies not to provide cover to any act of illegality, stressing that their role must be to ensure the safety and security of all legislators if and when the house decides to sit.