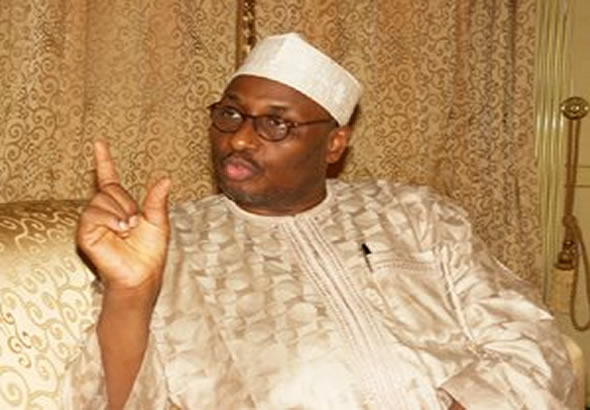 Advertisement
Advertisement
Share
Facebook
Twitter
WhatsApp
Copy URL
Telegram
Linkedin
The national chairman of the PDP, Adamu Mu’azu, has pledged that the party’s consultative forum will henceforth be a regular feature to enable members “touch base and interact with one another.”
Mu’azu said this while interacting with newsmen shortly before the commencement of the overnight closed door meeting of the party’s elders at the residence of Senate President David Mark.
He explained that his motive of summoning the meeting was to consult with governors and senators who were major stakeholders of the party, in order to find solution to the crises bedevilling the PDP.
He expressed concern about the difficulties executive bills often suffered at the National Assembly, saying that there was no reason why they cannot be discussed with PDP lawmakers before they are introduced on the floor of the house so as to enjoy a smooth sail.
“If we do not continue to consult with one another, we will continue to disagree with one another,” he said.
Speaking on behalf of his colleagues, chairman PDP Governors Forum, Godswill Akpabio, described the meeting as a special one and pledged the continued support of the PDP governors to reposition the party for victory in the 2015 polls.
“It is an uncommon gathering in an uncommon period in the history of this uncommon party, which is facing uncommon challenges and seeking uncommon solutions. Whatever the outcome of this meeting, the governors will ensure its full implementation,” Akpabio said.
In his remarks of behalf of the senators, the senate leader, Victor Ndoma-Egba, pledged the loyalty of the lawmakers to the new chairman of the party.
“I pledge that in us, the PDP Senate Caucus, you will find very loyal party men and women. We will work with you. We will stay by you. We will partner with you to reinvent PDP,” he said.
He noted that the PDP was going through some crisis but that “the good news is that the challenges are about to end while those of the other parties are about to begin.”
PDP governors who attended the meeting included Seriake Dickson (Bayelsa), Babangida Aliyu (Niger), Godswill Akpabio (Akwa Ibom), Theodore Orji (Abia) and Ibrahim Shema (Katsina).
Others are Liyel Imoke (Cross River), Emmanuel Uduaghan (Delta), Idris Wada (Kogi), Ramallan Yero (Kaduna) and Garba Umar, the Acting Governor of Taraba State.
The deputy dovernor of Sokoto State, Muktari Shagari and his Jigawa State counterpart, Ahmed Mahmoud were also in attendance.
Members of the National Working Committee, NWC, of the PDP who accompanied Mu’azu to the meeting included the deputy national chairman, Uche Secondus, the national secretary, Wale Oladipo, the national women leader, Kema Chikwe and the national publicity secretary, Olisa Metuh, among others.
Author profile