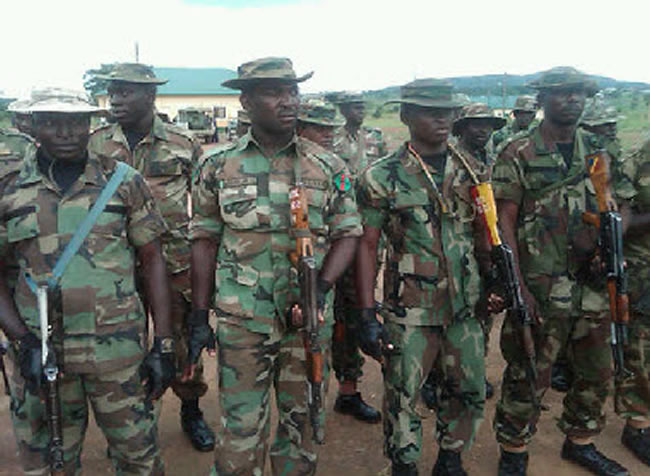 A combined team of the Nigerian Army and Air Force has destroyed a Boko Haram camp in a Borno village, killing 74 members of the sect in the process.

The Army in a statement by the deputy director, public relations of the 7 Division Maiduguri, Muhammad Dole, a lieutenant colonel, said the troops destroyed other camps of the terrorists in Galangi and Kawanti villages within Mainok general area of the state.

He said that the operation which involved ground and aerial assault supported by Nigeria Air Force, caused several sect members to flee the destroyed camps with serious injuries.

Dole added that two soldiers were injured in the process, just as two Isuzu Tiger pick up vehicles and five Hilux Toyota vans belonging to the insurgents were destroyed.

“The General Officer Commanding 7 Division Nigerian Army, Maj. Gen. obidah Ethan appreciates the general public for their resilience and cooperation by providing timely and credible information to security agencies,” the statement from the army read.

Ethan also reiterated the commitment of 7 Division to ensuring safety of lives and properties of all citizens within its area of responsibility.