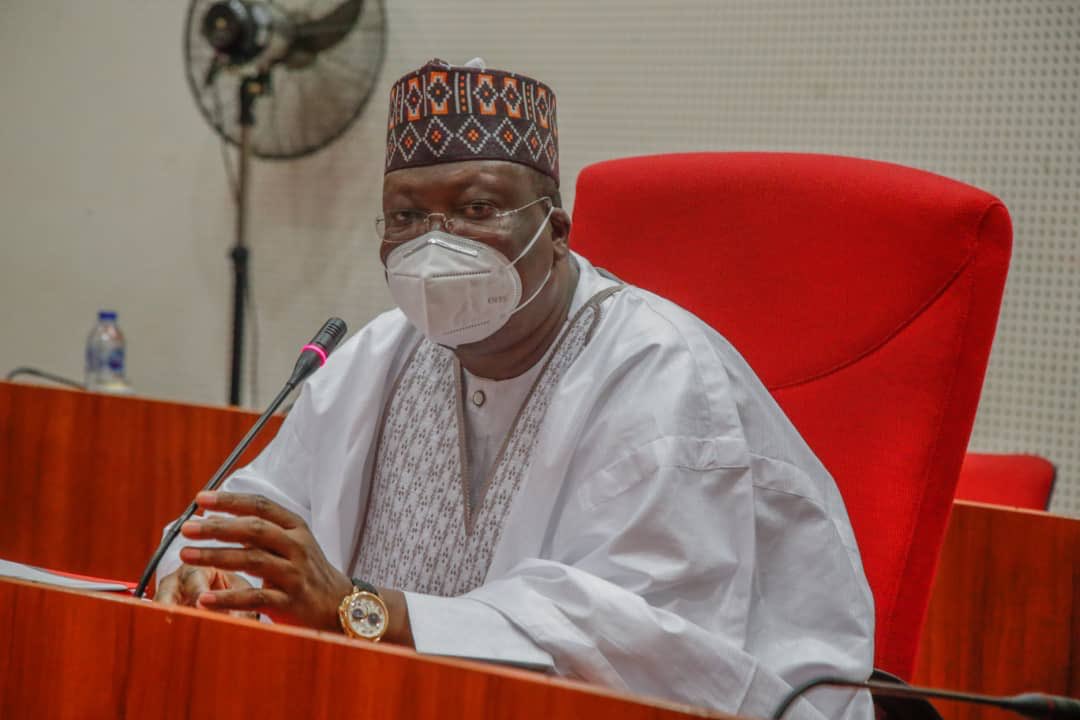 AHMAD Lawan, President of the Senate, on Monday said only the National Directorate of Employment  (NDE) will be fully in charge of the recruitment exercise designed to ingest 774,000 youths across Nigeria as part of the Federal Government COVID-19 palliative measures.

The recruitment modalities must first be fully explained by the NDE and the Ministry Labour and Productivity, Lawan said while addressing journalists in Abuja.

“Only NDE will implement this programme. The NDE led by the Ministry of Labour will have to come and explain,” the Senate President said.

“It will be unfair to say that we in the legislature and executive are not on the same page because of an action by someone in the executive,what the National Assembly is insisting on is in national interest.”

The National Assembly had suspended the recruitment  exercise under the Special Public Works programme under NDE initiated by the Federal Government to cushion the effect of COVID-19 pandemic following an altercation between Festus Keyamo, Minister of State for Labour and Productivity and members of National Assembly Joint Committee on Employment, Labour, and Productivity during a hearing on the programme.

While Keyamo alleged that the lawmakers were angry because he refused to let them own the process, the committee members who walked him out during the hearing alleged that he was dictating how they would conduct the panel to them.

Ajibola Basiru, Senate spokesperson, who announced the suspension of the programme during a press briefing, noted that the exercise has been put on hold pending proper briefing by the minister to explain the recruitment modalities to the National Assembly.

National Assembly vows it won’t back down on NDDC probe

Again, Sanwo-Olu insists no life was lost during Lekki…