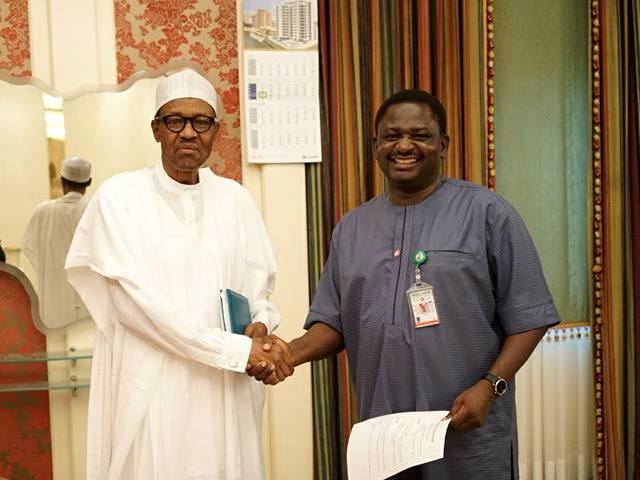 PRESIDENTIAL Spokesperson Femi Adesina has taken a swipe at religious and political leaders whom he accused of passing a vote of no confidence on President Muhammadu Buhari.

Adesina said this in an opinion article titled ‘They should let us breathe”.

“The disgruntled, caterwauling religious and political leaders are working towards a vote of no confidence in the President. After that, what next,” he wrote.

According to him, the State Security Service has indicated support for a united, indivisible Nigeria, stressing that the current government can only be changed through the electoral process.

He added that the military has equally said it is committed to the present administration and democratic institutions in the land.

“The Armed Forces in partnership with other security agencies are working assiduously to ameliorate the challenges. Nigeria will know peace again,” Adesina stated.

He urged the religious and political leaders to take the same position as the Army and the SSS instead of involving in ‘shenanigans to pass yeye votes of no confidence’.

To Adesina, the president was doing his ‘level best’ for the country.

Though he admitted the security challenges were troubling and daunting, despite president’s effort; he insisted they were not insurmountable.

Buhari was elected president in 2015 on the promise to fight corruption and insecurity.

Also, corruption is rife in public office involving several appointees of the president.

Police deny reports that 60 persons were killed in Zamfara…