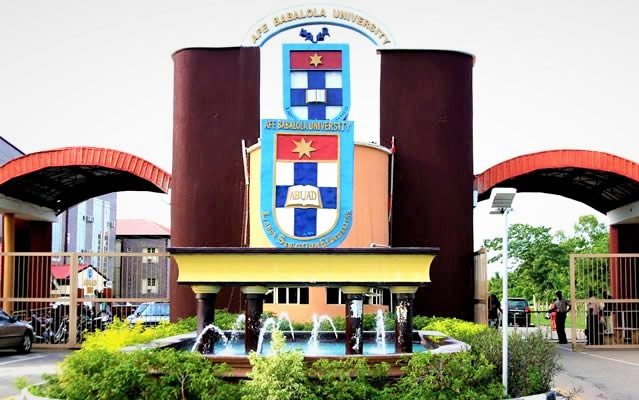 The university was already one of Nigeria’s most expensive institutions of higher learning before the sudden hike of additional one million naria to the tuition fees. ABUAD is currently the best private university in Nigeria, according to Webometric ranking of world universities.

The university released a revised schedule of school tuition on Monday, nearly doubling the amount paid by fresh students of certain faculties in the previous academic session. This change mostly affects students who have been admitted to study Law and Pre-Medicine.

One of the parents, whose son has just been offered admission into the Faculty of Law, told The ICIR they would not have paid to accept the offer had the school announced the hike earlier.

“We paid N200,000 as acceptance fee for Law and he did not tell us he was going to increase the school fees,” she lamented.

“He should have told us beforehand so that that would guide our decision. He gave us two weeks, that is till the 27th, to pay the acceptance fee. We even paid on the 26th. And then on Monday the 30th, around 4 pm, he increased tuition.

“What we are saying is that even if you want to increase school fees, you should have told the new intakes before asking for the acceptance fee. You should not wait until we have paid N200,000. It is not right.”

She added that despite the clear injustice, there is nothing her family can do because “he [Afe Babalola] is a big man”.

Seyi Aboyowa, a software engineer whose sister has just been offered admission to study Medicine, said an acceptance fee of N200,000 seems like “way too much”. If students are required to pay that much, she said, then they should not be subjected to such a great hike in tuition.

Speaking to The ICIR, an alumna of ABUAD said that the increase in tuition was a yearly pattern during her time, almost like a welcome gift.

Also, a final-year student of Law at the university said the acceptance fee has always been non-refundable, adding that she paid N100,000 when she gained admission five years ago.

Asked what she thought about the new policy and the method of implementation, she replied that it was unfair “given the current state of the economy; and parents might also have children in more than one department”.

Asides Law and MBBS students bearing the heaviest weight of tuition hike, they are also singled out for another burden. While students are allowed to pay their fees by two instalments of 50 percent each, the law and medical students are required to pay all at once.

Also, according to the university website, “it is compulsory for Fresh PRE-MBBS and Law students to stay in a room with 2 beds”. The difference is while a room with four beds goes for N150,000, one with two rooms is leased out at a cost of N350,000.

WE ARE WILLING TO REFUND, SAYS ABUAD

In a phone interview with The ICIR, Tunde Olofintula, the institution’s head of public relations, explained that the increase was as a result of the country’s economic realities

He said anyone who is unable to pay the new tuition may apply for a refund of the acceptance fee.

“Everywhere in the world, fees are increased by universities due to the prevailing economic situations of countries,” Olofintula said. “You may recall that some three years ago, the exchange rate was N165 to a dollar, but today it is in the neighborhood of N365 to a dollar.

“Acceptance fee means that a candidate has accepted to come to a university subject to the rules of the university, including the fees such a university charges. Honestly, with the facilities we have on ground in this university, everyone wants to come to our university.

“And, honestly, a person who is yet to come into the university and who is already complaining about the university, he does not appear to me to be a fit and proper person to attend our university. On the whole, if the person considers our fees too high or not acceptable to him or her, he or she is at liberty to come to us for the N200,000 acceptance fee.”

Ibrahim Yakasai, Director of Information and Public Relations at the National Universities Commission (NUC), was asked through a text message whether the regulatory body has policies guiding such situations of fee hike from private institutions. The text was not replied and calls to his phone on different days were not answered.

IN so many ways, the presidential primary election of the Peoples Democratic Party (PDP)...

FUTURE News Worldwide 2022, organised by the British Council and media partners is inviting registration to...
Advertisement

Chat us on WhatsApp
Advertisement
Previous articleOpposition kicks as Mnangagwa narrowly wins Zimbabwe presidential election
Next articleThe cankerworm of corruption in Nigeria: The case for an all-encompassing solution