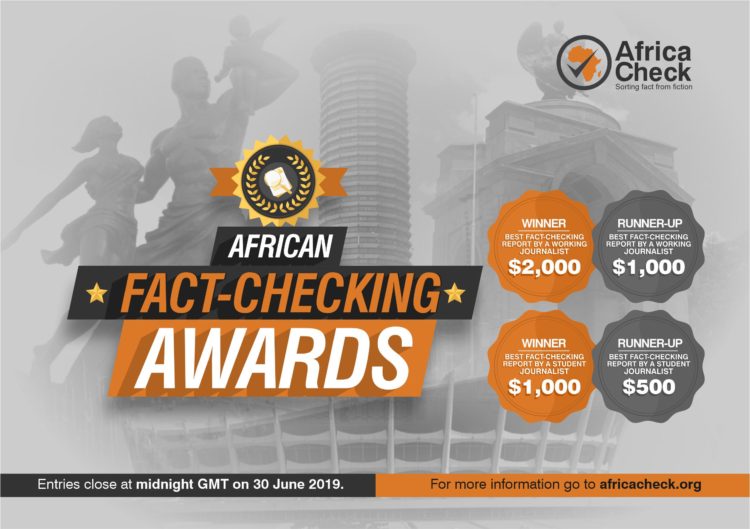 AFRICA Check, a non-profit organisation that seeks to promote accuracy in public debate and the media in Africa, is calling for entries from practising journalists for the 2019 fact-checking award.

The award, which is in its sixth year, is aimed at celebrating and honouring works by Africa-based journalists in the growing field of fact-checking.

“The role of information – and misinformation – in influencing public policy has in recent times been sharply thrust to the fore,” Makgato said.

“The increased interest every year in fact-checking can only help strengthen the quality of public debate, and hopefully, improve the quality of life across the continent. We look forward to even more entries this year.”

“Entries must have been published or broadcast between 1 September 2018 – 30 June 2019. They should have exposed as misleading or wrong a claim on an important topic made by a public figure or institution in Africa,” read a statement by Africa Check on Wednesday.

The 2018 edition of the fact-checking award was won by The ICIR’s Chikezie Omeje with a fact-check story on the wrong statistics of preschool enrolment in Nigeria.